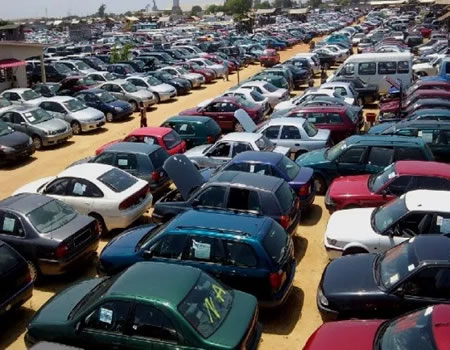 Experts in the automotive industry have described the high rate of accident vehicles imported into Nigeria as worrisome, asserting that the trend has paralysed the country’s test for new cars, putting the nation’s manufacturing sector particularly the automobile sub-sector in danger of ill growth.

Speaking with Tribune Online, at the weekend, the Lead sales manager of Honda, Remi Adams, lamented that the influx of accident cars into the country has further sunk the willingness of Nigerians to purchase new cars.

Though, Adams doubted the purchasing power of the citizenry, who according to him didn’t have the means to buy new vehicles.

“The truth of the matter is that, why are people buying accident vehicles? Because they are cheap, people go to US or Canada and buy these vehicles; they clear them at the port, repair them and still sell them at a cheap rate compared to the price of new cars.

“If you look at these accident vehicles after they have been repaired, you wouldn’t know this is the same ugly car that was brought in, they are clean and the price may be half of the brand new one, this serves the need of the Nigerian having a near new car at a moderate rate.

“For instance, a brand of new Honda may be selling for N7 million, but the same brand of vehicle that has an accident may be sold for N900,000 and you may take the same amount to import, clear and repair the car. Now if you put that vehicle in good shape and you are selling it for N3 million or N3.5 million and this car looks new, which one do you think people will go for?” he questioned.

Adams said the Federal Government had not done enough to ensure the commencement of a Vehicle financing Scheme, “you see government is not serious with this thing. How can people buy new cars when the capacity to purchase is not there?

“In June 2019, the Managing Director of National Automotive Design and Development Council (NADDC), Jelani Aliyu, said the Financing scheme was due for takeoff, but until now, nothing has been done so you wouldn’t blame people for buying accident cars but of course it’s point to the fact that we as a country have regulating issues.”

He said the safety of accident vehicles cannot be guaranteed, “that is a regulating issue, but there are no regulations, there is no one saying you cannot do this or that in automobile industry, nobody is checking that the right measurement or specifications are followed to ensure the safety of lives and property.”

Another expert who works at the Apapa port told Tribune Online under the condition of anonymity that the influx of accident vehicles into Nigeria was a disturbing trend that is hampering the development of the automotive industry.

“The rush for accident vehicles is high, this is because with $3,000 you can buy an accident Toyota car in US, put together import fee, clearing at the port and repairs, you may still spend less than N2 million while the repaired car may be sought for N3 million but the non-accident version of the same car may be selling for about N9 million.

“So with this kind of arrangement and also considering our economic status, if deliberate actions are not taken by the government to encourage the use of new cars by way of higher purchase or other financing schemes that may offer low-interest loans, Nigeria vehicle market will not grow,” he stated.

He said the country was getting too comfortable with used vehicles from other developed nations been dumped on her.

“Very few people are aspiring to buy new cars in Nigeria. At the moment, the dream of many Nigerians is to drive a clean second-hand car popularly known as Tokumbo vehicles.

“So you see, gradually we are forgetting our vehicle manufacturing sector because we no longer believe in our capacity as a nation to produce vehicles for our own usage.”

Further investigation reveals that in the mix of the myth, car dealers are the only people smiling in the automobile sector. In a chat with a car dealer, Adeyemi Segun told our reporter that Tokunbo vehicles have high market value in Nigeria.

“Very few people have the capacity to buy new cars in the country, so when you bring in clean second-hand cars, it wouldn’t take long before you sell them especially if you are considerate in your price.”

Another dealer, Hassan Bello, said Tokunbo cars business is lucrative, “the market is high for second-hand vehicles, you know there is no money in the country so many people are buying used cars,” he stated.

As second-hand vehicles continue to reach our port every day, there is no hope in sight that the Vehicle Financing Scheme promised Nigerians by the MD of NADDC, Jelani Aliyu, will commence services and make available low-interest loans for the purchase of new vehicles.

For now, the Minister of Industry, Trade and Investment, Otunba Richard, said the Nation Automotive Industry Policy is under review to enable more input from stakeholders.

Singapore Airshow hit by virus fears as 70 exhibitors pull out