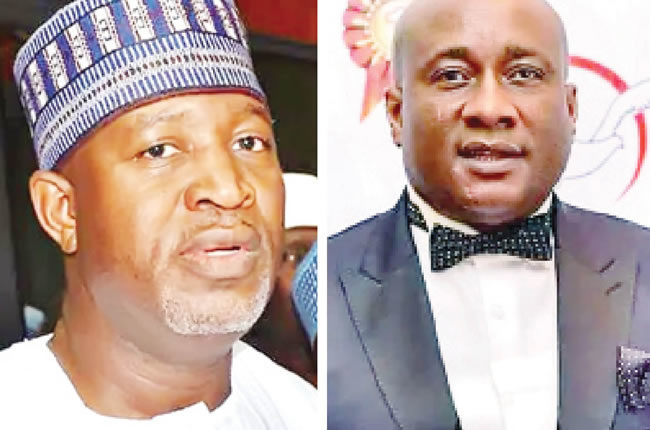 PRIOR to the advent of the COVID-19  pandemic with its baggage of afflictions, Nigerian airlines had already had their fair share of the hazards synonymous with airline business which were responsible for the collapse of over 20 airlines between the late 1990s and now.

Top of the reasons attributed to the short life span of many of the collapsed airlines include: lack of corporate governance by the airline owners, poor ownership structures to most importantly, the use of unsuitable and unprofitable aircraft on wrong routes which often bring about their untimely collapse.

These had remained the bane of domestic airline business in Nigeria until the COVID-19 pandemic came to complicate this myriad of challenges.

It is no longer news how the pandemic unleashed havoc on airline business in Nigeria as it happened around the globe with many airlines going under while others continue to operate under a precarious situation.

Nigerian airlines are presently operating on one leg despite the economic hardship thrown at them by the pandemic and other challenges. Though the federal government recently bailed them out with N4 billion funds, the amount is like a drop of pin in the sea.

One of such ways of surviving the COVID-19 challenges is for the airlines to come up with fresh ideas that will reduce operational costs and sustain their operations.

With the reality of the unfriendly situation starring them in the face, some of the airlines have finally succumbed to the long time yearnings of key experts across the sector on the need for them to review their hitherto love for the use of wrong equipment to operate on wrong routes and their inability to use fuel efficient aircraft.

Prior to now, many of the airline owners who perhaps thought airline business was a short term money making enterprise failed to see the danger of using long range aircraft like Boeing and Airbus to operate on a one hour or even less period flights.

Despite the clarion call from key players to them to jettison this wrong step by going for regional and smaller jets that are more cost effective, many of the airlines remained adamant as they continued on the unprofitable terrain even as many of the airlines were consumed in their unwise strategy.

A ray of hope

With the outbreak of the pandemic, the domestic airline scene may be heading to a faster recovery from the negative impact of COVID-19 following the present preference for regional jets. Taking this lead is Air Peace airline which took delivery of a brand new Embraer 195-E2 series aircraft from Brazil last week.

The arrival of the Emraer jet which falls in line with the airline’s fleet enhancement programme and acquisition of brand new aircraft policy has since rekindled hope of the entire sector as information gathered indicated that twelve more of the aircraft type are being expected soon while seventeen more already on order will join later. Besides Air Peace, indications have also emerged of how two new airlines coming onboard, Green Africa Airways and United Nigeria Airlines have chosen this path of operating with more economically viable aircraft.

While United Nigeria Airlines and Green Africa are said to have preference for the French manufactured ATR aircraft type and Brazilian manufactured Embraer, airlines like, Ibom Air and Air Peace have found solace in Bombardier and Embraer as witnessed in their acquisition of such aircraft types to join their fleet.

However, with the arrival of the first of the thirteen new Embraer jets to join the fleet of Air Peace, key players have described the development as a milestone in the history of Nigerian aviation and a blast for aviation on the continent with regional and international operations taking a new turn. While describing the decision to acquire the new and cost effective Embraer planes as a product of foresight and ingenious business strategy on the part of the Air Peace Chairman, Mr Allen Onyema, key players have also said deploying middle-size and efficient aircraft to new routes, at a period of pandemic and attendant low traffic across the globe was economically strategic.

The benefits of using newer and right aircraft to operate on right routes are enormous. Besides reducing high insurance premiums hitherto slammed on the domestic carriers on the excuse that the aircraft type being used by them are of high risk, the use of newer planes brings comfort to passengers, and confidence from the traveling public to the airlines and the country’s aviation authorities on one hand, also, this greatly reduces the operational stress often faced by the airlines and this mean more profit for them.

According to the International Air Transport Association (IATA), using the right equipment helps an airline to analyse fuel and performance data on the aircraft and at fleet level just as implementation of strategies based on aggregate data can help operators maximise fuel efficiency and minimise costs and carbon emissions.

Aviation experts who reacted to the latest acquisition of less fuel guzzling and more profitable aircraft like Embraer by the Nigerian carrier, said the move will henceforth, make many of the domestic airlines more active as the use of new and such regional jets will in the long term reduce cost of maintenance and the hitherto poor credit rating of Nigeria.

“The decision by Air Peace to use the Embraer 195-E2 is the best step ever made in the sector. Way back in the early 90s, I had reason to write on the economics of aircraft types in Nigeria. My choice then was the Fokker 28 for the nation, along with a couple of other smaller planes. The operators then were saying that passengers did not like smaller planes. I think Air Peace did the right thing and they will soon discover that it was the best decision they took.

Also reacting, a member of the Aviation Round Table and the Managing Director of Centurion Security Services, Group Captain John Ojikutu, retired described the patronage of the Embraer aircraft type by Air Peace as a welcome decision even though he lamented that it took Nigerian airlines over 20 years to realise the risks in continuing to use bigger planes to operate an hour flight.

“They don’t even need these big aircrafts for short distance. You are going to Abuja, Port Harcourt or Enugu with low traffic and those places are not more than one hour journey, you are using a long range aircraft that is not the aircraft you need as those big planes cannot be used optimally. Nigeria Airways during its time made use of Fokker aircraft type for this and it was effective. For Air Peace to now buy this aircraft is a plus for the airline. But to be able to use the aircraft optimally, they must know where they are going, the traffic on the routes to make the airline break even.

Lamenting how many of the Nigerian carriers use the business plans of previous airlines to their detriment, Ojikutu declared “How can they use the business plans of past airlines like Okada, Kabo to fly Boeing 737 of today that is what they are doing. Now they just realise the need for them to start buying this cost effective planes. Air Peace has taken a good step but they have to watch out, for the maintenance of the aircraft type and the adequate manpower needed, the Nigerian Civil Aviation Authority (NCAA) must come in to do certification for people that must work on the aircraft, as it will not be proper to bring such planes only to park them and later say that the people that are to work on them are not yet trained. There must be qualified pilots trained on them and maintenance personnel. And for how long will people they are bringing from outside to work on the planes will do that. All these must be taken care of by the NCAA, but for me the development is a plus for the airline.”

According to many other stakeholders, since the inability of Nigeria’s airline operators to use fuel efficient aircraft is mostly responsible for their short life span and unimpressive performances, other domestic carriers should borrow a leaf from Air Peace by trying their hands on regional jets and other aircraft that reduce operational costs for them at this critical period.

They called on the Federal Government to further encourage the domestic carriers to bring in new and cost effective aircraft which they argued will greatly reduce the hitherto high insurance risk and keep the airlines longer in operations.

To the stakeholders, if more of the domestic airlines tow the path of Air Peace, the domestic scene will enjoy more vibrancy while the government decision to float another national carrier will not be needed. Rather than pursuing the national carrier agenda, the stakeholders are calling on government to empower the airlines with more friendly policies while the idea for a national airline should be jettisoned for flag carriers.

Besides the feat achieved by the airline to bring in latest model Embraer aircraft, the  move should be seen as a national achievement since Nigeria’s name has gone viral as the first country on the continent to acquire the aircraft.