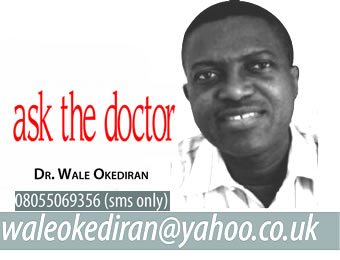 A new study suggests that a diet high in the sugar fructose may prevent the immune system from functioning properly.

Fructose is a natural sugar that is present in fruits, honey, and certain vegetables, such as asparagus and squash. These types of fructose sugars can contribute to a healthy diet, as fruits and vegetables usually contain less sugar than processed, sugar-sweetened foods.

High fructose corn syrup (HFCS), on the other hand, is a manufactured sweetener made from cornstarch. In the latter part of the last century, many manufacturers of processed foods and soft drinks, particularly in the United States, rapidly began choosing HFCS to sweeten their products because of its low cost.

Health experts disagree on whether HFCS is more harmful than other sugars.

The Food and Drug Administration (FDA) state that they have seen no evidence that foods containing HFCS are less safe than foods incorporating other sweeteners. The 2020–2025 Dietary Guidelines for Americans also do not single HFCS out, recommending that people limit their consumption of all added sugars.

Even so, research has consistently shown links between consuming large quantities of HFCS and various conditions, such as obesity, diabetes, and non-alcohol-related fatty liver disease.

One problem with HFCS is that it is in numerous processed foods, including some that people might not expect, such as frozen pizza and salad dressing.

How fructose affects the immune system

A 2019 study found that culturing human dendritic cells — which play a role in the immune system — in fructose led to an increase in inflammation. However, the researchers did not investigate the metabolic mechanism behind this occurrence.

For the new study, which appears in the journal Nature Communications, researchers from Swansea University’s Medical School, the University of Bristol, and the Francis Crick Institute in London, all in the United Kingdom, examined how human and mouse cells responded to fructose exposure.

Their work indicates that a diet high in fructose may impair the functioning of the immune system.

The researchers found that fructose causes the immune system to become inflamed. This process, in turn, produces more reactive molecules, which are associated with inflammation.

As the authors note in their paper, “fructose reprograms cellular metabolic pathways to favor glutaminolysis and oxidative metabolism, which are required to support increased inflammatory cytokine production.”

This type of inflammation can damage cells and tissues, contribute to organs and systems not working well, and lead to disease.

“Our study is exciting because it takes us a step further toward understanding why some diets can lead to ill health,” says Dr. Emma Vincent, a study author and research fellow at Bristol Medical School.

The research also sheds light on how fructose could link to obesity, as inflammation is often associated with this condition.

Additionally, the researchers found that fructose leaves cells vulnerable to “further metabolic challenge.” This finding suggests that individuals with diets high in fructose may be more at risk of poor outcomes when fighting infections or facing other “metabolically challenging environments.”

In the study, the researchers stressed that it is especially important to understand the effects of fructose on cell function, as humans have increased their consumption of HFCS worldwide.

The researchers are hopeful that their findings will lead to further studies that could help scientists develop treatments for a range of conditions, including cancer and infectious diseases.

“Research into different components of our diet can help us understand what might contribute to inflammation and disease and what could be best harnessed to improve health and well-being,” says Dr. Nick Jones, one of the study authors and an immunologist at Swansea University’s Medical School.

At about 25 minutes, the train slowed down at the uncompleted Omi-Adio terminal, a village on the Abeokuta/Ibadan expressway; it’s a stone throw from Apata in Ibadan. Conveyance of passengers from there and other terminals has not kickstarted as the terminals are still under construction and workers were found there.WAEC cancels

“Please do not talk to my father. He is yet to come to terms with the death of his son. It is a most tragic experience. How does one quantify the loss of a dear brother? My brother was killed like an animal by two herdsmen. His offence was that he asked them to drive their cows off his already cultivated farmland,” Bisi Olaosepin, whose brother was hacked to death, struggled to hold back his tears as he relayed to Sunday Tribune the horrible experience that culminated in the passage of his brother…WAEC cancels

I need a baby boy

COVID-19: I was in intensive care for 8 days —Oba Dokun Abolarin, Orangun of Oke Ila

What is prostate cancer?