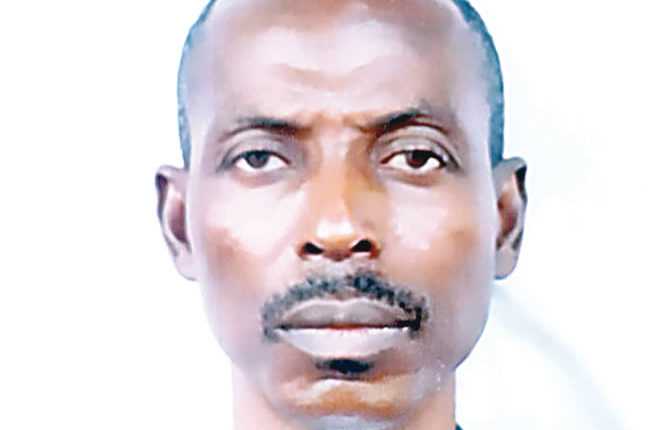 It is 66 years since the old Western Region government under the leadership of Chief Obafemi Awolowo introduced free primary education for all and sundry in the region, a feat that was replicated by the Eastern Region government two years after in 1957. In this interview with IMOLEAYO OYEDEYI, Associate Professor of Educational Management at Adekunle Ajasin University, Akungba-Akoko, Ondo State, Oyetakin Akinrotimi Iyiomo assesses how well Nigeria has thrived in the delivery of qualitative education to its citizens, challenges threatening its efforts and their likely solutions.

Sixty-six years after the Western Region government launched the free primary education initiative across all schools in Nigeria, how will you rate the country’s performance in the provision of free qualitative education to its citizens?

The justification for free education by the government is rooted in the ideology of the missionaries who provided members with free schooling in order to teach them how to read the Bible and Hymn books. However, the first education law and real financial involvement was in 1882 when an education Ordinance was passed for the Gold Coast Colony of which Lagos Colony was a part.  The education ordinance of 1882 recommended a grant of ₤425 to the missions whose educational expenditure at the time amounted to about ₤5000 that same year.  This indicates that only 11.76 per cent fund was subsidized by the colonial government (Afe, 1996).

For convenience, education is said to be a potent weapon in the arsenal of any country in pursuit of national development. The provision of formal education over the centuries has eradicated ignorance and poverty from most societies.

What are the challenges you believe have threatened the delivery of free quality education to every Nigerian child?

We have the pre-independence challenges. Due to constitutional change in 1954, the funding of education became decentralized by the federal government and the three regions now shared the responsibility of funding education. Aggregate public expenditure on education rose from £9.7 million in 1952 to £41.7 million in 1962. The period of preparations for independence led to the quantum leap in educational expenditure.  Primary education became free in the Western Region in 1955 and in the Eastern Region in 1957. In the Western Region, 38.7 per cent of its budget was spent on education in 1955; and the Eastern Region, 28.4 per cent and 20.5 per cent in the Northern Region (Oguntoye, 1987)

The first leap was the 1962-68 National Development Plan. This provided a total capital expenditure of 254.854 million naira with the expectation that GNP would grow at the rate of 40 per cent per annum. Expenditure on secondary education during the first National Development Plan was 53.8 million naira that is 38.7 per cent of capital education expenditure (Oyetakin, 2011). During this era, the economy suffered from a political crisis, which was first limited to the western part of the country and later took a dramatic turn in 1966 when a military government took over from the civilian.

Then we have the post-independence challenges to free education. The 30-month civil war ended in 1970. This period marked the height of political crisis when all indicators showed a bleak future for the country. According to Ismail (2001), the third National Development plan (1975-80) placed education in a pre-eminent position, and led to the introduction of UPE nationwide in 1976.

But the military take-over in 1984 put an end to the civilian regime [except in the South-West and the old Bendel State where the Unity Party of Nigeria operated free education] that introduced fees and levies at all levels of education due to the withdrawal of Federal Government’s subsidy on primary education. In 1986, the Federal Military Government abolished tuition fees in primary schools nationwide. Between 1984 and 1999, five different regimes ruled the country, resulting in various policies on education during the period that affected funding.

Basically, funding problems of the free education programme have been deeply rooted in the economic, social and political structures as well as the belief system of the people.

Nigeria is facing a high degree of debt burden, political instability, low investment, poor infrastructural development and cultural impediments, and these confirm the reality of the model and its application in determination of the impetus behind the growing emphasis on Internally Generated Revenue.

What do you advise the government at all levels in the country in a bid to effectively provide free quality education to Nigerian children and reduce the country’s soaring statistics of out-of-school children on the global map?

Before attempting this question, I wish to submit that since there is no free meal anywhere in the world, education cannot be free completely. Oyetakin (2008) found out that in Lagos State where secondary education is free, parents paid an average private direct cost of 76.68 per cent of the total unit cost, while average social direct cost was 23.32 per cent between 1999 and 2003. From 2004 to 2006, the average social direct cost rose to 56.16 per cent while the average private direct cost was 43.84 per cent. All said and done, the above analysis reveals that secondary education in Lagos State which is richer than other states in Nigeria is not free in absolute terms.

However, the implementation of effective free education can be done through intensifying the activities of the Education Tax Fund (ETF) established under Decree No. 7 of 1993 (amended by Decree 40 of 1998) to provide additional funds for financing public schools all over the federation. It is aimed at improving the quality of education in Nigeria. Under the ETF Act, the Federal Inland Revenue Service is empowered to assess and collect 2 per cent education tax on the assessable profit of all registered companies in Nigeria annually.

Also, the need for ‘funding balance’ between costs and revenue is a parameter for financing UBE in Nigeria. Financial balancing in education could be said to be an allocatory law of maintaining equilibrium between areas of surpluses and deficits in financing educational activities. Hence, financial equilibrium between revenue and expenditure is said to be the law guiding budgetary allocation of any sector of an economy (Oyetakin, 2011).

Moreover, it has been realised that for free education to be effectively done, some recommendations have been made, one of which is that the pattern of budgetary allocation to the free education programme should be improved upon by the governments especially during the period of harsh economics. Secondly, the government should prioritize and formalize areas of cost cushioning between it and beneficiaries of free education programmes. Also, a philanthropic association on free education (PAFE) should be formed to look into the activities of the cost of online teaching mode in order to cushion the cost through donations of palliatives that will give learners from poor backgrounds.

Likewise, economic-stimulus that could assist the financial strength of the government and students’ parents should be done immediately.

The lockdown has created unemployment and joblessness to the citizens whose children/wards attend school, hence, there should be a considerable effort by the government to generate employment or ease the lockdown so that low income earners/artisans can return to work.

What a man can do, woMEN can do better

Why we cannot stop supply of onions to the south —Maitasamu Isah, National…

Banditry: This is not the right time to negotiate with any group of criminals —Bala…

Three Fulani terrorist groups are operating in Yorubaland, we are closing in on them…