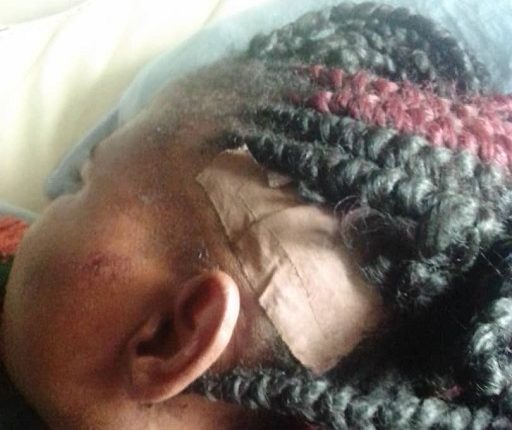 Some suspected herdsmen have reportedly attacked and injured a female rice farmer, Amaka Okafor, on her farm in the Ogbese community in Akure North Local Government Area of Ondo State.

The lady was inflicted with machete cuts on her head and hands by the herders while working on her rice farm.

It was gathered that the herders invaded the rice farm with their cows and when the woman complained about the destruction of her farm, the herders descended on her, beating her blue-black.

Apart from beating the young lady, they inflicted cuts on her head and hands leaving her in her whining in pain.

She was, however, rushed to the hospital by some farmers where she is currently receiving treatment

A source disclosed that the herdsmen attempted to drive the lady away from her farm when they arrived at the farm, threatening to shoot her but the woman raised alarm and they have injured her before they could reach her.

Confirming the attack, the Senior Special Assistant to Governor Akeredolu on Agriculture, Akin Olotu, said the young lady is responding to treatment in the hospital.

Meanwhile, the Nigeria Security and Civil Defence Corps, (NSCDC) in the state said over 1,850 personnel has been drafted across the state to provide adequate security before, during, after the Easter celebration in the state.

He said the officers and men deployed were drawn from the tactical departments and units of the command: the Critical National Assets and Infrastructure Unit, Counter Terrorist Unit, Intelligence and Investigation Unit, Peace and Conflict Resolution Unit, Agro Rangers squad among others.

This was disclosed in a statement signed by the Command Public Relations Officer, Mr Olufemi Omole who assured that the personnel will adhere to the principles of fairness, respect for fundamental human right and the rules of engagement in the discharge of their duties.

He enjoined member of the public not to hesitate to give prompt and credible information to the command, saying this would assist to nip in the bud any iota of criminal involvement.

He said, “the situation of the country calls for collective efforts to ensure the protection of lives and properties and as a security agency saddled with the mandate to safeguard all critical National Assets and Infrastructures, Disaster management, monitoring and supervising of Private Guard companies and proactively forestall all forms of criminalities in the state; you are to exercise caution and high level of professionalism in your dealings with the civil populace.”

In spite of the huge investment in the water sector by the government and international organisations, water scarcity has grown to become a perennial nightmare for residents of Abeokuta, the Ogun State capital. This report x-rays the lives and experiences of residents in getting clean, potable and affordable water amidst the surge of COVID-19 cases in the state. Herdsmen invade rice farm in Ondo, attack, injure female rice farmer