Helen Paul: From town to gown 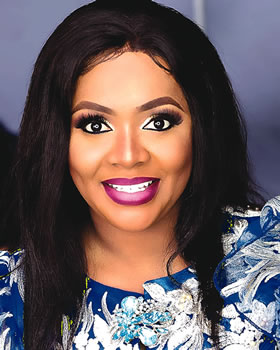 There is so much to say about the woman that is Helen Paul. From gaining prominence as a comedienne in a male-dominated comedy industry to sustaining the pace as she diffuses into several characters. She has, over time, given her audience the opportunity to choose from a variety of multiple characters.

Just like a restaurant with a vast array of menus, Dr. Helen Paul has given her audience the power of selection. From the innocent Tatafo, to the eccentric Chief Koleniyan, what do we say to Chukwuka, the general merchandiser and several other characters that has made her a fan favourite.

Helen is never satisfied and she is not one to be complacent. Everyone was shocked when she launched into the academic world. In a major move of commitments and dedication, she bagged a doctorate making her the only comedian with a PhD in Africa.

Helen Paul is a leading woman. She is more than an inspiration. She is the inspiration. Helen’s prowess has landed her global recognition. It is amazing to know that she now has a group of international students she lectures. She is no doubt one of Africa’s biggest intellectual and entertainment export.

Adeola Adeniji is a Theatre Arts undergraduate and writes from Lagos.

Politician, Others Offended By My Husband Should Forgive Him ― Adedibu’s Widow
Wife of the late strongman of Oyo State politics Alhaji Lamidi Ariyibi Adedibu, Alhaja Modinat Abosede Adedibu has come out to appeal to those he offended while alive to forgive him, as there is no human being that does not make mistakes. She also added that since he is now late, those who offended him too…From town to gown  From town to gown

Kill Me Rather Than Destroy My Cannabis Farm ― Suspect Begs NDLEA In Kogi
A suspected Cannabis Sativa farmer, Clement Akor, has begged the National Drug Law Enforcement Agency (NDLEA) to take his life instead of destroying his 10-hectare cannabis plantation. Akor, a 42 years old father of six children from Enabo village in Ankpa Local Government Area of Kogi State was arrested by the Kogi State command of…From town to gown From town to gown

CAMA Is Against Religious Institutions In Nigeria ―CUPP
The Coalition of United Political Parties (CUPP) on Wednesday said that the Companies and Allied Matters Act (CAMA) was being targeted at religious institutions in the country. Addressing newsmen in Abuja, the spokesman of CUPP, Ikenga Imo Ugochinyere said that it was also a plot by the Federal Government to have access to finance…From town to gown From town to gown

‘Your circle of friends can change your life’