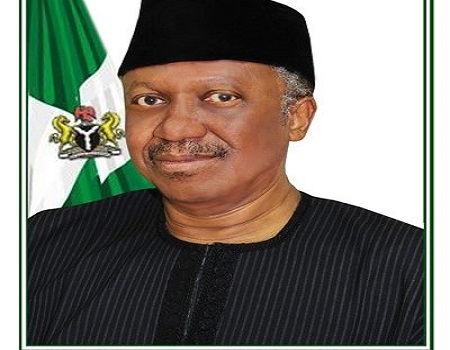 Dr Osagie Ehanire, Minister of Health says Nigeria is on track in the fight against HIV/AIDS.

Ehanire who was represented by Mr Araoye Segilola, National Coordinator, AIDS/STI Department in the ministry, said Nigeria had made tremendous success in reducing the scourge.

He noted that years back, discrimination against persons living with the disease was very high, saying that today the story had changed.

Ehanire who reiterated calls for more to be done in saving lives said identifying communities with most infections was imperative for making more progress.

“We need to work with the communities and engage them in order to save them because we do not want them to die,” the minister said.

Utazi reiterated the government’s commitment to winning the war against AIDS by ensuring that those on treatment achieved viral suppression in line with UNAID’s 2020 Goal.

He explained that the National Assembly would continue to work in synergy with the National Agency for the Control of AIDS (NACA), in taking the campaign to the grassroots.

Aliyu said that the agency had taken drastic steps by establishing six zonal offices in Nigeria, aimed at penetrating the grassroots.

The NACA boss said that the day was a commemoration of the role communities played in the fight against AIDS.

He listed the communities as people living with HIV/AIDS, as well as their supporters.

Aliyu commended the community of people living with AIDS for their resilience even in the face of stringent funding.

He reminded the communities of their role in holding government and HIV/AIDS stakeholders accountable.

NAN reports that World AIDS Day is marked every Dec. 1.

2019 celebration has a theme: “Communities make the difference.”

National Agency for the Control of AIDS (NACA)
Share FacebookTwitterGoogle+ReddItWhatsAppPinterestEmail

Save us from pirates, 11 Delta communities cry out to Buhari