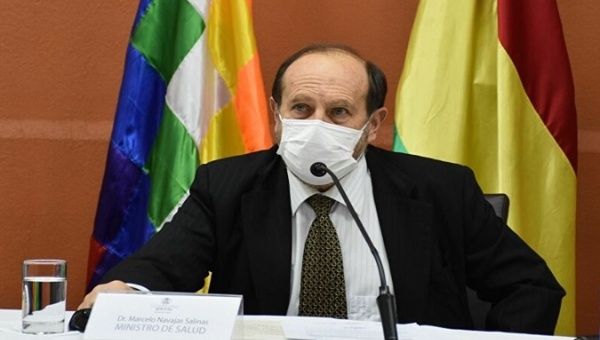 Bolivia’s health minister was sacked and arrested on Wednesday on corruption charges related to the alleged purchase of ventilators to fight COVID-19 at over-inflated prices, the national news agency, ABI reported.

Marcelo Navas was removed from office to prevent him from interfering with an investigation into the purchase of 170 Spanish ventilators, government spokeswoman, Isabel Fernandez, was quoted as saying.

Navas was replaced by his deputy Eidy Roca.

He and two other people have been arrested, police chief Ivan Rojas said, adding that investigators would search Navas’ office.

The ventilators were reportedly vastly overpriced and found to be unsuitable for intensive care units.

The South American country has confirmed about 4,500 COVID-19 infections and around 190 deaths.