•She’s adulterous; I rejected her pregnancy ’cos it’s years I slept with her last —Husband 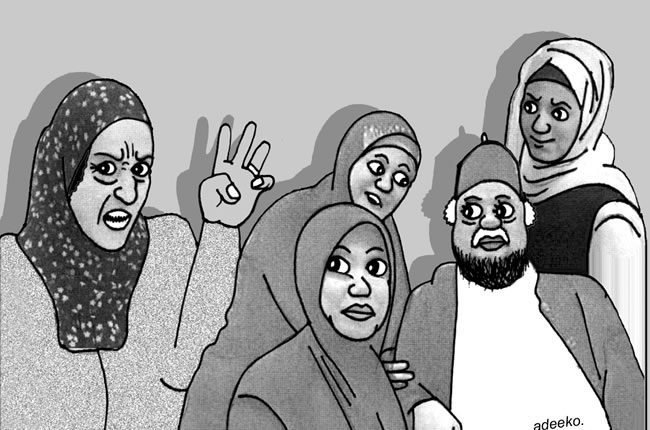 He explained that he had stopped trusting his wife a long time ago because she was a liar.

Tunde also stated that he feared Dasola would kill him if he continued to stay with her in their marriage because she was adulterous.

The plaintiff further said that any time he and Dasola had a misunderstanding, she would rain curses on him and threatened to kill him.

Tunde added that she was in the habit of abandoning him and their children and travelling without his consent.

According to the plaintiff, he denied paternity of their last child because he stopped sleeping with the defendant a few years back after he discovered she was involved in extramarital affairs.

Tunde told the court that her parents in-law took laws into their hands when they laid in wait for him when he was returning home from work, and slapped and beat him.

The plaintiff stated that he had decided not to have anything doing with Dasola and her parents any longer.

He thus appealed to the court to dissolve their union.

Tunde also begged the court to restrain his wife and parents from coming to harass or fight him in his place of abode or work.

Dasola agreed that their marriage be dissolved.

The defendant stated that the plaintiff was irresponsible and that he passed the buck of the responsibility of running the home to her.

According to her, her husband despite failing in his duties towards her and their children, went ahead to marry three other wives who he rented different apartments for.

Dasola explained that Tunde had no definite place of abode because he was always sharing the nights among the three wives.

She told the court that her husband was in the habit of beating and wounding her which gave reason for her reporting him to the police.

Dasola explained that she moved to her parents’ house as a result of his inability to fend for her and their children and that she later sought for employment in Lagos in order that she could take proper care of their children.

The defendant entreated the court to grant her custody of their children because her husband was indifferent to their welfare.

Tunde in his evidence said, “I appeal to this honourable court to dissolve my union with my wife.

“Dasola has proved to be a failure as a wife and mother and I am no longer interested in her.

“My lord, I don’t trust my wife’s words because she’s a liar.

“Dasola made matter worse when she took to adultery. I decided to stop sleeping with her a few years back because an adulterous woman can kill.

“My wife took laws into her hands; she would travel without my consent and return when it pleased her. She would call my bluff anytime I complained and dared me to do my worst.

“She was also in the habit of raining curses on me and threatening to kill me.

“My lord, Dasola came home with a pregnancy I knew was not mine and I refused paternity of it.

“This strengthened the differences between us and she later moved to her parents’ house.

“She called me when she put to bed and I wished her the best. I intentionally distanced myself from all that had to do with the baby-that is burying of the child’s placenta and holding the naming ceremony.

“Dasola’s parents later took to coming to my house to threaten me. They would create a scene and set our compound in confusion.

“My lord, they further took laws into their hands when they laid ambush for me while I was returning home from work and beat me to a pulp.

“Dasola and her parents have embarrassed me enough with their uncouth behaviour. I don’t wish to relate with them any further.

“I appeal to this honourable court, if my prayer is granted, to stop Dasola and her parents from coming to harass me at my place of residence or work,” the plaintiff begged.

Dasola in her evidence said, “My lord, I’m ready to leave my husband. I have suffered enough in his hands and I see no future staying married to him.

“Tunde has failed to display any sense of responsibility towards me and our children. He left me to shoulder the task of feeding, clothing and training our children in school.

“I took up the challenge of these responsibilities, regarding it as my fate, but to my chagrin, my husband went ahead to take three other wives and rented different apartments for them.

“My lord, Tunde hardly slept at home since he married these women. He has a roster on how he shares the nights with them and therefore has no definite place of abode.

“He took to maltreating me. He would beat me blue black and leave wounds on me.

“I got fed up one day and reported him to the police.

“I decided to move to my parents’ house because he consistently neglected me and our children and failed to meet our needs.

“He slapped and humiliated me the day I went to ask him for our children’s fees.

“My lord, I sought for employment in Lagos so that I could take proper care of our children.

“I entreat this honourable court to grant me custody of our children because my husband cares less if they lived or not,” she concluded.

The court president, Chief Olasunkanmi Agbaje, after he had heard both parties dissolved their wedlock and granted custody of their children to the defendant.

The plaintiff was ordered to be in charge of their welfare and giving priority to their education and welfare.

Both were admonished to maintain peace.