He threatened to break my legs, confine me to wheel chair —Wife

•She and her lover were romancing in the bush —Husband 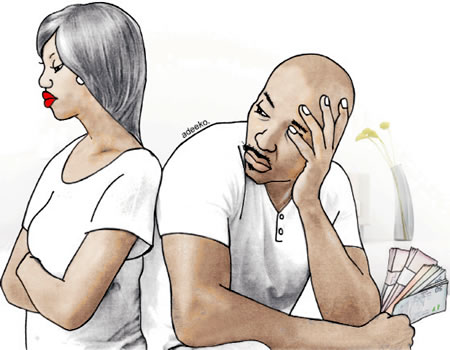 A MAN who has persistently threatened to either kill or break the legs of his wife so that she is confined to a wheel chair has been divorced in a Lusaka Local Court in Zambia.

According to the Zambian Observer, this was after his wife, Joyce Miti, 28, dragged her husband, Henry Phiri to court for divorce.

However, Henry said that he still loved his wife.

The two got married in 2006 and have two children.

Joyce told the senior court magistrate, Lewis Mumba,  sitting with the magistrate, Abbyshine Michelo at Kanyama Local Court, Zambia that she never enjoyed her marriage because  Henry had gotten into a bad habit of beating her most of the time.

She explained that Henry told her that if she did not leave the matrimonial home, she would die in his hands or he would break her legs so that she was confined to a wheel chair.

Joyce further told the court that  Henry had a girlfriend and that he got money from her business and took it to the same other woman, adding that every time she asked him why he did that, he beat her.

She said Henry did not provide for the family as he was out of employment. She was the one who looked after him but when the beatings became unbearable, she decided to leave the matrimonial home on October 5.

In defence, Henry said that Joyce had several boyfriends who phoned her and that at one time when he tricked her by informing her that he was not coming home, he found that the house was locked and his wife was not there but only re-appeared after some time.

He explained that after asking her where she had gone, she revealed that she was with a man in the bush by the name of Differ.

Henry said that after Joyce left the matrimonial home, she told him that she had already found a man in Chipata who wanted to marry her.

Magistrate Mumba said that marriage was a voluntary union and that the court could not force Joyce to continue in marriage when she did not want.

He granted the couple divorce without compensation but ordered  Henry to be paying child maintenance fee of K300 per month.

According to the magistrate, property jointly acquired would be shared equally.