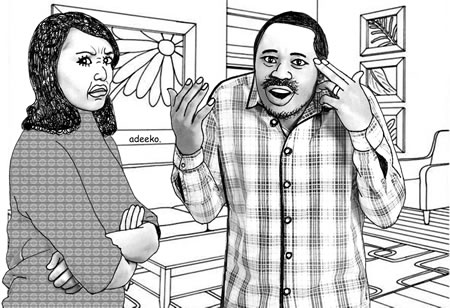 Ms Christianah Jacob told a Makurdi Upper Area Court in Niger State that her mother-in-law asked her to poison her step children.

According to the News Agency of Nigeria (NAN), Christianah testifying in a divorce petition, stated that her marriage to Mr Linus Obeya, has broken down irretrievably.

She also prayed the court for the custody of their two children.

“I endured untold hardship from my husband and mother-in-law who maltreated and starved me after we got married.

“I later discovered that he has four children from different women. When I confronted him he told me to go to hell.

“However, my mother-in-law told me that if I was not ready to stay with her son and his children, I should poison them.

Christianah further prayed the court to help recover her plates, a generator, chairs, bed, and the sum of N150, 000, she lent her husband.

She also asked the court to order Linus to be responsible for their children’s school fees and general upkeep.

In his defense, Linus, who accepted that their marriage be request dissolved, urged the court to grant him custody of their children.

“My wife hid the fact that she was a divorcee from me until she got pregnant in 2013.

“I cook and do everything for her, but she always threatened to poison me.

“It is true I have four children from three women. I lost one of the children in 2018. All these children have never stayed with us,”he said.

My husband beats me, starves me of food, woman tells court