He kept late nights, deserted me for 5yrs —Wife 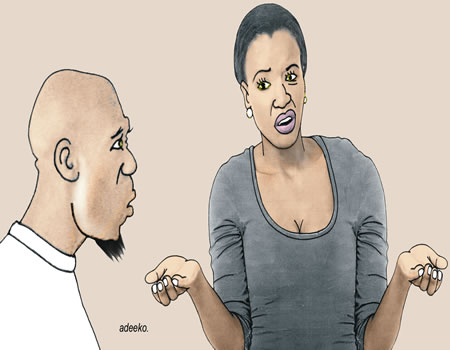 A 43-year-old man caused laughter in the Choma Local Court, Zambia when he asked whether he would be refunded his bride price after his wife divorced him.

According to the Zambian Observer, this was a matter in which 33-year-old Fridah Mulenga sued her husband, Nixon Mwenya  for divorce.

Fridah accused her husband of coming home late every night and later deserting her for five years.

Fridah testified that the two got married in 2007 and have two children.

She said in 2015, Nixon  came home very late and that she refused to open the door for him.

According to Fridah, “it was this incident that made me leave home but surprisingly he has never come so that we could reconcile. So all I want is to divorce him, ”she stated.

But Nixon in his defense told the court that following the birth of their second child, his wife constantly denied him his conjugal right.

“I couldn’t take it anymore so I confronted her. I told her I am her husband and therefore shouldn’t beg her for sex, ”he said