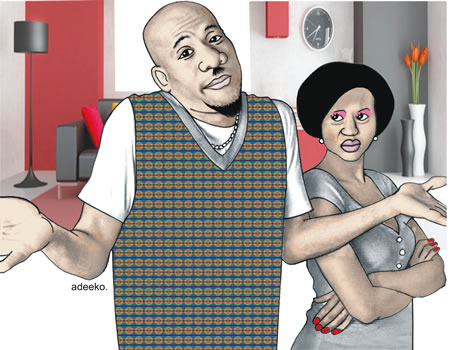 A Sharia Court ll sitting at Magajin Gari, Kaduna, Kaduna State,  has ordered a woman, Maryam Musa to return to her matrimonial home, after she failed to produce witnesses to support her claims that Abbas, her husband beats her.

The judge, Musa Sa’ad-Goma enjoined Maryam and Abbas to leave peacefully and respect each other.

Earlier, Maryam, told the court that the witnesses she was supposed to present in court told her to pray the court to compel her husband to swear that he does not beat her.

“If he agrees between him and God that he never beats me, I will return to his house, “she said.

Abbas reiterated that he has never assaulted his wife.

He also prayed court to warn the complainant not to insult him in the presence of their children.

According to The News Agency of Nigeria (NAN), Maryam on April 11, filed a suit against her husband, Abbas, before the court, over frequent beatings.

She added that her estranged husband was arrogant.

“Whenever we have an argument, he beats me up. He also punches.

“My husband is also in the habit of telling people that he spends a lot of money on me.

“Why would he be bragging about spending money on me? Is it not his responsibility to take care of me,’’ she asked.

Abbas, however, denied all the allegations.

”I have never bragged about spending a penny on her.

”When I married Maryam, she had some spiritual afflictions. I have visited many native doctors to find solutions to her afflictions,” he said.

My husband poured hot custard on me, please separate us —Wife

My two wives have made life unbearable for me, I want them out of my life, man tells court