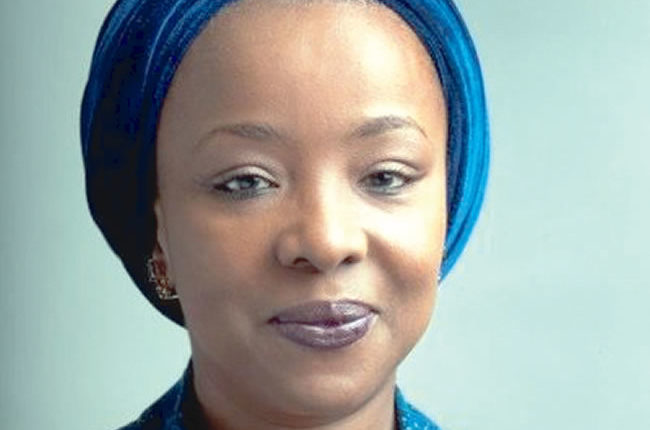 The Minister of State for Environment, Sharon Ikeazor, said the development and optimal utilisation of the nation’s hydrocarbon resources to boost export earnings and provide employment opportunities for teeming youths is one of the cardinal objectives of the President Muhammadu Buhari-led administration.

Ikeazor stated this at the weekend in her remarks at a stakeholders’ meeting on the Environmental Impact Assessment of the proposed Ameshi and Enyi Field Development Project, by Sterling Exploration and Production Company Ltd (SEEPCO), in Anambra State.

She, however, cautioned that the exploration of the abundant hydrocarbon reserves must be done in an environmentally sustainable and friendly manner, saying that concerted efforts must be made to identify the potential negative impact of any exploration project, and that plans for mitigation are put in place.

According to her, “One of the objectives of this administration in the Oil and Gas industry is to optimally utilise our proven reserves to boost earnings and provide employment opportunities in various categories to Nigerian professionals, together with the skilled and semi-skilled labour force.”

The minister further stated: “Towards this end, and in exercise of its regulatory responsibilities, the Federal Ministry of Environment, observed that SEEPCO did not obtain all the required regulatory permits before embarking on drilling at site, in clear violation of section 62 of the Environmental Impact Assessment Act. Consequently, a stop-work order of 6th July 2020 was issued to SEEPCO.”

Ikeazor, then charged stakeholders at the meeting, which is aimed at arbitrating and resolving issues between the Anambra State Government and Sterling Petroleum towards creating a conducive working environment for the development of the oil and gas potential in the state, to come up with far-reaching ideas and recommendations that will assist in making the proposed Amechi FDP a development project that would be executed at the highest levels of environmental sustainability.

Earlier in his remarks, Governor of Anambra State, Chief Willie Obiano, stated that the stakeholders’ meeting was a follow up to a series of complaints from the Anambra State Government on the exploration activities of SEEPCO in the state.

“Honourable Minister of State, your visit to Anambra State will give you first-hand knowledge of how SEEPCO activities have led to disastrous environmental degradation of the Ogwu-Ikpele and Ogwu Aniocha communities in Agbaru Local Government Area.

“Their operation has further worsened the plight and living conditions of those communities, thereby creating palpable tension and restiveness that were uncommon before the company arrived.

“We are counting on you to ensure that SEEPCO complies with the EIA requirement, so that we can leave no stone unturned in our quest to become a member of the oil and gas producing states of Nigeria,” said Obiano.

Malami, hoodlums and the Lekki shootings