Half of public buses will be electric by 2025 ―Report 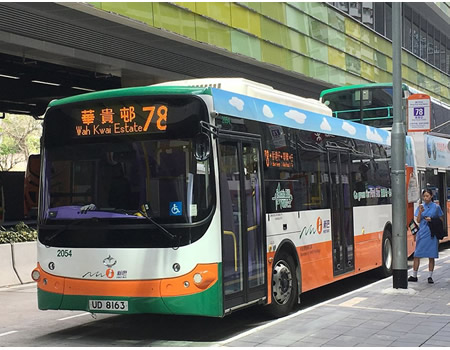 THE total number of electric buses servicing the public will more than triple by 2025, according to a new report released by Bloomberg New Energy Finance (BNEF).

In 2017, there were 386,000 electric buses in service. The BNEF report predicts the number will balloon to about 1.2 million in the next seven years, meaning approximately 47 percent of the global municipal bus fleet will be running on electricity.

China is expected to dominate this push. According to Aleksandra O’Donovan, the study’s author and BNEF analyst: “China will lead this market, due to strong domestic support and aggressive city-level targets.” His analysis concludes that China’s buses will account for 99 percent of the world’s battery-powered buses.

This is not a trend unique to China. New York City is also working to introduce more all-electric buses into service. The Metropolitan Transportation Authority (MTA) released information at the beginning of the year that it is currently testing a fleet of 10 electric buses to help modernise the city’s massive transit fleet.

According to a 2016 report by Judah Aber at Columbia University, switching the entire MTA fleet of buses to electric buses would result in an annual reduction of 575,000 metric tons of carbon dioxide emissions within the city.

The biggest obstacle to the transition from gas-powered to electric-powered buses is the difference in upfront costs, which may discourage public transportation authorities from investing in environmentally-friendly fleets.

However, the 2016 Columbia University report stated that, while electric buses typical cost $300,000 more than diesel buses, that cost is made-up over the electric buses’ lifetimes. Aber estimated that annual savings for an electric bus — thanks to reduced fuel costs — is $39,000, which would compound over the bus’ 12-year lifetime.

The environmental impact of switching to electric-powered buses is clear. Joining New York City and China’s efforts are mayors from 12 major cities — from London to Paris to Los Angeles — who have pledged to stop purchasing new gas-powered buses by 2025.

Global commitments like this will make public transportation more sustainable, reducing the number of gas-powered vehicles on the streets.

Public buses are also ideal candidates for the switch to electric because they travel along predictable, set routes. This means operators will not have to worry about how far their buses can travel on one charge, a common concern for owners of personal electric cars, according to an article published on Futurism.

As the obstacles for integrating personal and public electric-powered vehicles are systematically eliminated, the global community will be able to make strides towards more environmentally-sustainable means of travel.

Gov Yari commends contractor, says we will not compromise standards