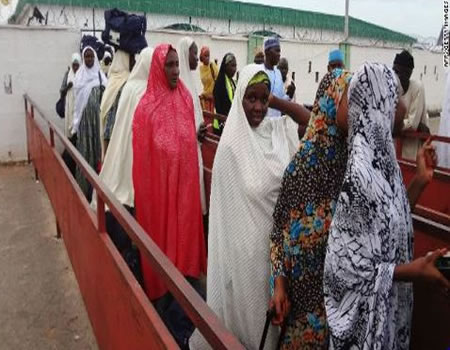 The Kaduna State Muslim Pilgrims Welfare Board said it has transported all its 3,544 pilgrims back home from Saudi Arabia.

A statement issued by the Public Relations Officer of the Board, Malam Yunusa Abdullahi, stated that last batch of 390 pilgrims arrived Kaduna, at exactly 1:01 am aboard Fly Nas Airline, on Saturday.

“The return of the last batch of our pilgrims today signifies the end of the airlift from Saudi Arabia,” Abdullahi stated.

He said that the Director-General, Bureau of Interfaith, Sheikh Jamilu Albani, Overseer of the board, Imam Hussaini Ikara, and other officials, were among those who returned on board the last flight.

According to him, 3,545 pilgrims performed hajj from Kaduna State out of which one died in Makkah.