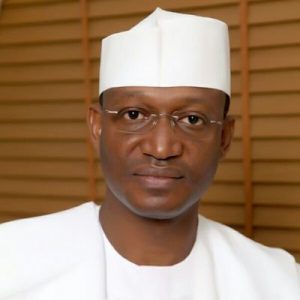 The National Hajj Commission of Nigeria (NAHCON) has announced Max Air Ltd, Medview Airlines Plc, and FlyNas of Saudi Arabia as the three airlines approved by the presidency for 2019 Hajj operations.

Chairman of the Commission, Abdullahi Mukhtar Muhammad made the disclosure at the Airlift Signing Agreement with representatives of the airlines held at the Nigerian Hajj Commission’s Head Office in Sokoto House, Abuja.

Barrister Mukhtar Muhammad enjoined the approved air carriers to discharge their responsibilities diligently to pilgrims who are sole sponsors of the contract for the airlift.

He noted that the airlines “owe a moral responsibility between them, the pilgrims, the Almighty to whom the pilgrims are special guests and the Commission for selecting them and vouching for them on behalf of the pilgrims.”

The NAHCON boss said there was no room for failure in the Hajj exercise and charged the airline operators to liaise with the necessary security agencies in ensuring safety and security of pilgrims under the best possible comfortable manner. He further reminded the approved airlines that the intending pilgrims were international travelers; therefore they must be accorded same standard and quality service as an international client.

Barrister Muhammad cautioned the airlines not to compromise on the standard set by the Commission on luggage dispatch and admonished the carriers to scrutinize their staff to guarantee that only honest persons were assigned tasks of dealing with pilgrims so as to avoid being compromised by miscreants.

In his acceptance speech, Chief Munir Bankole, Chief Executive Officer of Medview Airlines thanked the Commission and declared their total commitment to the dutiful discharge of the task ahead whose significance they all are well aware of. He prayed to God for a hitch-free 2019 Hajj exercise.

According to the arrangement with the airlines, Max Air has been allocated 51.00% slot for pilgrims airlift from Adamawa, Bauchi, Benue, Borno, Gombe, Jigawa, Kano, Katsina, Kwara, Nasarawa, Niger, Plateau, Taraba, and Kogi.

Hajj: Nigeria complains over poor feeding of its pilgrims

Hajj 2022: We have more aircraft to airlift pilgrims ― NAHCON