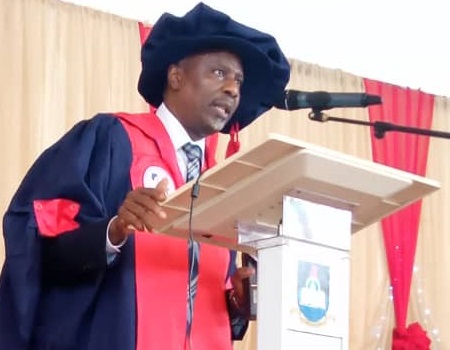 An Obstetrician and Gynaecologist, Prof. Oluwarotimi Akinola, has called for an improvement of the socioeconomic status of women through investment in education toward addressing the root causes of maternal deaths.

The theme of the lecture was: “God’s Will: In Reproduction There Might Be Health.”

Akinola said that raising the socioeconomic status of women, starting with the Universal Basic Education would, undoubtedly delay the age of marriage and reduce the quantum of teenage pregnancy.

“It will also deliver quality decision making with regards to fertility and health-seeking behaviour.

“Society must decide that lives of women are worth saving and take fundamental steps to open the closed exits from the maternal deaths road,” Akinola said.

He said that fertility rate in Nigeria was 5.5 per average woman and unbridled fertility was a proven risk factor for most complications that arise in pregnancy like obstetric haemorrhage, anaemia and miscarriage.

“These complications can be anticipated, sometimes preempted and often moderated by the provision of essential obstetric care.

“Several women, however, meet this exit blocked because of lack of access and continue further on the maternal death road,” Akinola said.

The expert defined maternal mortality as “the death of a woman while pregnant or within 42 days of termination of a pregnancy, irrespective of the duration and site of pregnancy”.

Akinola said that the most common cause of maternal mortality was haemorrhage (24.8 per cent), followed by infection (14.9 per cent) and eclampsia at 12.9 per cent.

“Other include: unsafe abortion (12.9 per cent), obstructed labour (6.9 per cent) and indirect causes account for 19.8 per cent.

“Recognition of the importance of hemorrhage to maternal death led to the evolution of emergency obstetric care and skilled birth attendance as lynchpins to reducing maternal mortality.

“The millennium development agenda featured a reduction in maternal mortality as its Goal five, just as the Sustainable Development Goals (SDGs) also set targets for 2030.

“Though, progress has been achieved in several countries, our country Nigeria has not had much headway,” he said.