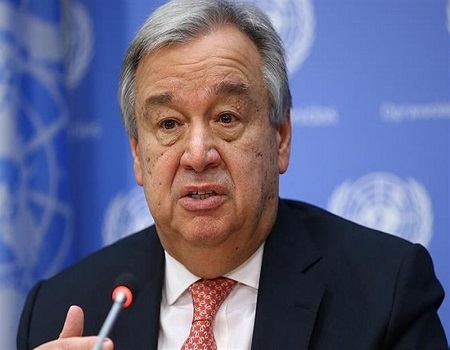 UN Secretary-General, Antonio Guterres, on Monday said Governments around the world must put human rights at the centre of their work if they want to protect stability, growth and the future of our planet.

Guterres gave the advice as he opened a UN Human Rights Council session in Geneva.

He said in addition to war crimes, exploitation of women, persecution of activists and vilification of minorities, the world also faces new human rights challenges in the form of climate change and technological advances.

“People are being left behind. Fears are growing. Divisions are widening, some leaders are exploiting anxieties.

“People across the world want to know we are on their side,” Guterres said.

Governments should put human rights at the centre of economic development efforts, to let all parts of society benefit from growth.

Guterres added that countries also needed to do a better job at protecting rights in times of crisis; such as wars, terrorist attacks or disasters.

He, however, demanded that women, civil society and youth groups must get a bigger say in politics.

Guterres also warned that new technologies were too often used to violate rights and privacy, calling for measures to fight surveillance, repression, online harassment and hate.

Applicant in court over alleged theft of generator