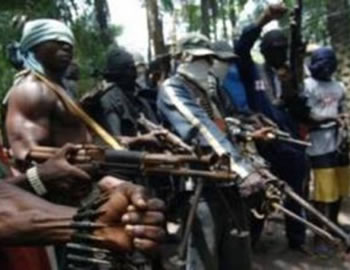 The agrarian community of Vatt of Foron District in Barakin-Ladi Local Government Area of Plateau State was thrown into confusion on Wednesday as two farmers were gunned down and four others wounded in their farm by gunmen suspected to be killer herdsmen.

The source declared thus: “The farmers identified as Pam Bulus aged 23 and Chum Toma 20 hailed from a neighbouring village where they were killed. The unfortunate incident occurred at about 10:30 am, not less than 8 gunmen armed with sophisticated weapon opened fire on the local farmers.

“In the process, we lost 2 of them while four others sustained gunshots wounds, other farmers working in the same farm fled into the nearby bush. If not the death would have been more than two.”

The source added that the gunmen quickly disappeared from the scene after the dastardly act while those who dashed to the scene of the incident conveyed the bodies of those killed and injured ones to the nearby hospital.

A community leader in the area Da Pwajok Simon who spoke with Tribune Online called on both the state and the federal government to come to their aids adding that attack on communities in the local government is gradually becoming daily affairs.

All efforts to speak with the State Police Public Relation Officer ASP. Ubah Gabriel Ogaba proved abortive as several telephone calls put across to him were not answered.