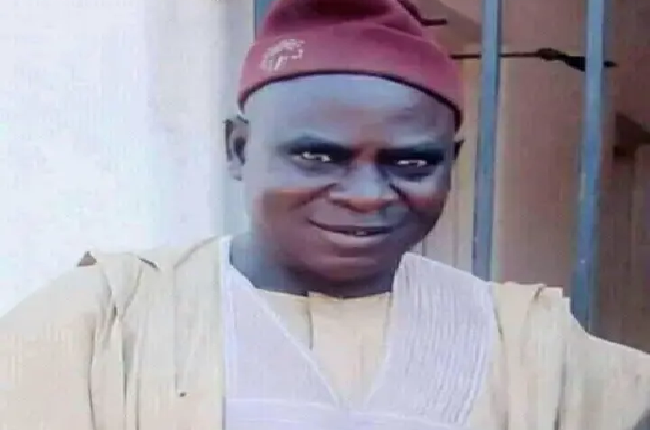 The prevailing peace in the Barakin-Ladi Local Government Area of Plateau State was again shattered following the killing of the District Head of Foron, Da Bulus Chuwang Jang, by gunmen on Monday night.

Tribune Online learnt that the gunmen macheted and shot the district head to death in front of his palace while making a phone call at about 8:38 pm on Monday.

According to the chairman of Berom Educational and Cultural Organisation (BECO), in Barakin-Ladi Local Government, Mr Sale Dagalang, who was at the scene of the incident, the incident happened when the district head was making a phone call outside his palace.

He said: ” It happened at about 8:00 pm on Monday at Razat. He got a phone call and moved outside his residence for a good network. While making the call, gunmen who have been hiding in a maize farm nearby swooped on him, macheted him and shot him at close range before they fled.

“Those who heard the gunshots and his cry for help rushed to the scene and met him in a pool of his blood. He was rushed to the Plateau State Specialist Hospital where he was confirmed dead. His remains have been deposited at the hospital mortuary.

“It is unfortunate that we are experiencing this attack after months of peace. After it happened, we called Sector 4 of Operation Safe Haven but the men could not get to the scene on time as a result of bad terrain but they assisted us in taking him to the hospital”

Also speaking, the National President of BECO, Mr Gyang Dudu, called on the security agencies to be more responsive to their duties, adding that every citizen of Nigeria has the right to protection and adequate security.

“This attack is too many. If we cannot be protected in our land, it means there’s a problem. He is the only person that was killed but we are appealing to the security agencies to unravel the attackers to allay the fear of people in this area,” he said.

When contacted, the state Police Public Relation Officer, ASP Gabriel Ubah, said: ” I am aware of the incident but I have not been properly briefed on it. I am still waiting for the DPO for a briefing.”