Gunmen kill policeman on patrol near church in Onitsha 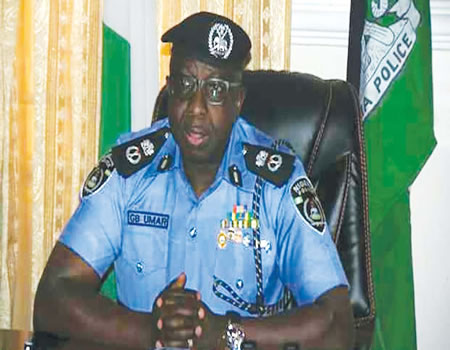 GUNMEN, on Sunday, struck at the Assemblies of God Church on the Oguta Road, Onitsha, Anambra State, killing one policeman and a civilian, who is an okada rider.

This came seven days after gunmen attacked St. Philips Catholic Church, Ozubulu and killed no fewer than 13 people and injured 27.

An eyewitness told Tribune Online that the gunmen had momentarily stopped at the Assemblies of God Church, but on sighting some policemen at the church, opened fire on them.

“When the firing became too hot, the policemen abandoned their patrol vehicle and ran away for safety.

“The gunmen moved to their patrol van and took a gun belonging to the policeman they killed.

“I saw two of the gunmen, but I can’t say how many they are in number.

Another eyewitness said “Gunmen on motorcycle (okada) shot a policeman and collected his rifle. They also shot dead an okada man while escaping, and the passenger he was carrying was injured. The policeman was the one armed among his colleagues; they were providing security while church service was going on at Assemblies of God Church, Oguta Road, Onitsha.

The commissioner confirmed that the hoodlums took away a rifle belonging to the slain cop.

The Minister of Labour and Employment, Dr Chris Ngige, had on Saturday, said the Federal Government would work out modalities on how to secure places of worship in the country.

Leading a Federal Government delegation to commiserate with the people of Anambra State on the Ozubulu shooting, Ngige said it became expedient following incessant attacks on places of worship.

Ignorance raised to an art: An abortive attempt to pitch Osinbajo against Awo