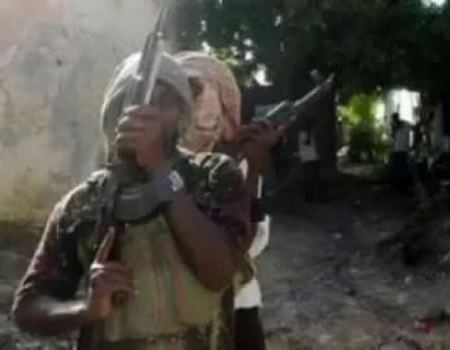 THE Police in Nasarawa State Command on Wednesday confirmed the killing of two students of the Federal University, Lafia by gunmen suspected to be armed robbers.

He said that Police got a report from the University’s Registrar that gunmen stormed the students’ village at Mararaba-Akunza, opposite the university gate at about 10:30 pm and shot sporadically.

Idirisu said when the police got there, two students had already been shot by the suspected robbers, who disposed others of their valuables and fled the scene.

The PPRO said one of the students died instantly, while the other later died at the hospital, adding that the remains of the two students have been deposited at the Dalhatu Araf Specialist Hospital, Lafia.

He said the police have commenced an investigation into the incident.

Meanwhile, Abubakar Ibrahim, the Public Relations Officer of the University, said one of the deceased students had graduated with first class in the economics department and was processing his final clearance.  The other was in 400 level, English Department. They were not identified.

Ibrahim said the Vice Chancellor, Prof. Mohammed Sanusi-Liman has commiserated with the families of the deceased over the incident and condemned the attack.

He said management of the institution has declared a  day of mourning in honour of the fallen students.

Some of the bereaved students appealed to the management and the government to beef up security around the school to forestall future attacks.

“Since I came to this school in 2014, we have never witnessed any case of robbery or cultism and with this killing, most of us are afraid.

“We want the school authority and the security agencies to beef up security to guarantee our safety,” one of the students said.