• We are on their trail ― Police 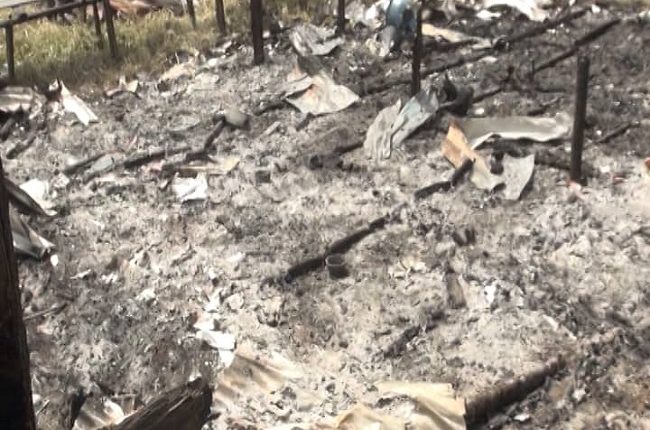 The Asere community in the coastal area of Ese Odo Local Government Area of Ondo State reportedly came under attack, on Wednesday night, after gunmen laid siege to the community, setting over 15 houses on fire.

The attack, according to the residents of the community was said to be a reprisal by some notorious gang who alleged the people of the community for providing information to security personnel on their activities.

It was gathered that a special Joint Task Force has been checkmating the activities of the hoodlums in the area, preventing them from carrying out their nefarious activities.

A source in the community however explained that the leader of the group, identified as Kutu Mone, who hails from Asere, alleged the people of giving the security men a tip-off about him.

He listed other members of the gang to include, July Mone, Best Oniwei, Iyemiyelawei Mone, Mathew Suku Polobubou, Dedewei Mone and Bado Ogbudugbudu, invaded the community in the night and attacked many residents, setting ablaze no fewer than 15 houses and structures.

Speaking on the invasion and attack, he said: “We saw fire burst out of our houses, we didn’t know what was happening. We all ran into the bush all through the night till security men came to our rescue.”

The women in the community, however, protested over the attack and called for the arrest of the gang members.

The protesting women who dressed half nude, said the attackers were known members of the community who are angry because the Joint Task Force clamped down on their activities.

The protesters said the gang has been operating in the riverine area for a long time until security operatives started arresting them.

Speaking on the development, the Paramount Ruler of Agadagba Kingdom, Oba Zachueus Doubra, explained that he received a report that one of his subjects, who has been recalcitrant, invaded the Asere community to burn down the community.

According to him, “I sent my chiefs and some police officers to the community and I was informed that 14 houses were burnt down, nine other houses vandalised. Many were rendered homeless. Many ran into the bush in pants and underwears.

“I want to appeal to all the three tiers of government and all relevant agencies to come to the aid of the victims by way of relief materials.

The State Police Public Relations Officer (PPRO), Mr Tee-Leo Ikoro, confirmed the incident, saying, “the police is already aware of it and on the trail of the perpetrators. The Commissioner of Police, Bolaji Salami, has ordered full-scale investigation into that and the deployment of the tactical team to the area so that they would not come back to repeat the same incident.

“We want to assure the people of the area that the Police is on top of the situation. The people should go back to their normal businesses. Our men have taken over the area and with no time, MK and his gang would be arrested and be prosecuted as well.”

[UPDATE] Insecurity: Victory is around the corner ― Pastor Adeboye