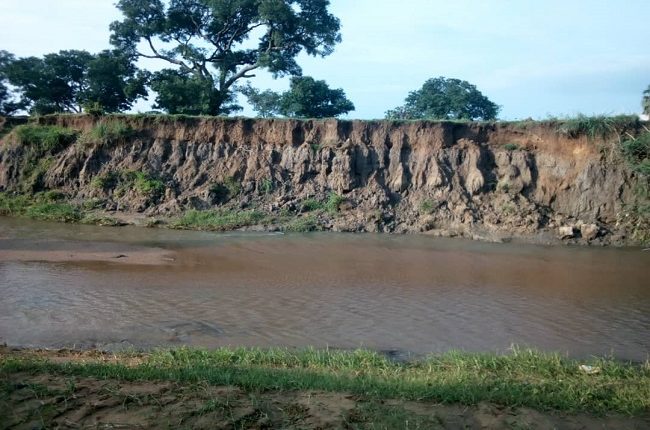 Unless urgent steps are taking by all the concerned government agencies particularly the State Development Board (SDB), people living around the Tambari housing Estate as well as part of State-owned Tatari Ali Polytechnic (ATP) and other settlements along the stream that runs through Wuntin Dada a suburb of the state capital will be cut off as the gully erosion has become a threat to their lives.

Consequently, the affected people have cried out appealing to the state and federal governments to, as a matter of urgency, come to their aid before they are forced to relocate from the area.

Musa Balarabe, one of the residents, told Tribune Online that the gully erosion has been a threat to them over the years saying that they have drawn the attention of the government to it through the relevant agencies but no prompt action has been taken to control it.

He added that the erosion is becoming threatening because of the stream that runs through the area which is making the current of the water to flow stronger especially during the raining season.

Another resident of the area, Mr Matthew Rauf, who said that he moved into the area recently lamented that unless something urgent is done to control the erosion, they may be forced out of their homes.

In his comment, leader of the area who spoke with some journalists, Abdullahi Shayibu, as well as the ward heads of Tambari Phase 1 and 2, Dr U.U Ningi and Nuuman Umar pointed out that the erosion has continued to pose a great threat and danger to the area every rainy season, forcing them to have sleepless nights.

The community leaders, however, implored the state and federal governments to take steps to tackle the erosion menace noting that it is being caused by a stream popularly known as ‘Rafin Tambari’ that splashes and invades the land during raining periods.

The ward heads unanimously stated that “The erosion is threatening the whole estate in recent times where plots of lands and houses nearby are submerged annually due to the large volume of water that passes through.

They added that “Natural and human factors are gradually worsening the situation thereby leading to the expansion of the water channel.

We attribute the problems to the activities of tipper and pick-up drivers who evacuate sand from the stream for construction purposes while all efforts to address the trends proved abortive.”.

The residents, therefore, asked the state government to source for funds from the federal government under the ecological funds to embark on a project that could save the area from the environmental hazard.

At the SDB, an official who spoke to Tribune Online pleading anonymity said that the Board though has the report, it is the Ministry of Housing and Environment that supposed to liaise with the Ministry of Works to tackle the problem.

Dead people among 433 ghost workers in Benue teaching service board