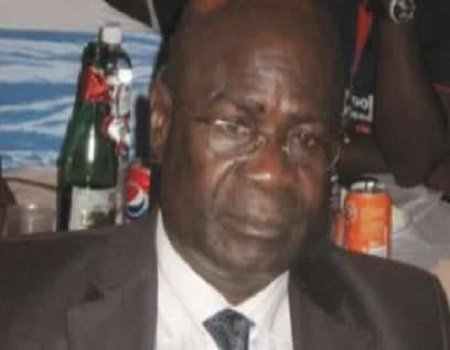 Former speaker and acting governor of Bayelsa State, Rt. Hon. Nestor Binabo has said that he bankrolled the election of the incumbent governor, Hon Seriake Dickson, with the sum of N2billion in 2012, and subsequently handed over N500 million to Dickson before leaving the office.

Speaking during the governorship campaign rally of the All Progressives Congress (APC) in Sagbama Local Government Area, Binabo further said Dickson also lied when he claimed that his predecessor, Chief Timipre Sylva, left less than N10, 000 in the coffers of the State, when he was forced out of office in 2011.

He said that instead of appreciating the gesture of himself and that of the people, Dickson turned him into an enemy, and drove the people of the state into untoward hardship.

Giving an account of his stewardship while he served as acting governor for one month during the election that brought Dickson into office, Nestor said he gave Dickson over N500 million before handing over to him on February 14th, 2012.

Explaining further, Binabo said he regrets funding and supporting the election of Dickson and the Peoples Democratic Party (PDP), and apologized to Bayelsans, saying Dickson’s tenure didn’t add value to the growth and development of the people.

He said “when he was presented as the anointed one to be our governor, we all supported him. I bankrolled his election with N2billion. And after I left office, I gave him over N500 million to start as a governor.

“But when he was sworn in as governor, he inaugurated a committee that came up with a report that his predecessor left less than N10, 000 in the state coffers. That is a terrible lie. Today we are the ones he has decided to impoverish.

“Abacha created this state in 1996 for us, so that the Ijaw man can go out of poverty. And late Chief D.S.P Alamieyeseigha became our first governor of the state, and he made the people of Sagbama proud with his achievements.

“After him, Dr. Goodluck Jonathan became governor, and rose to the rank of Vice President and President, he made Sagbama people proud. After him, Chief Timipre Sylva became our governor and he did his best with the four years he spent in the office.

“Take a look at our towns, there are no befitting schools for our children to attend. There are no good roads. There are no drainages and everywhere is flooded. Why should I vote for the same government?”

Slain victims of herdsmen’s attacks buried amid tears in Delta