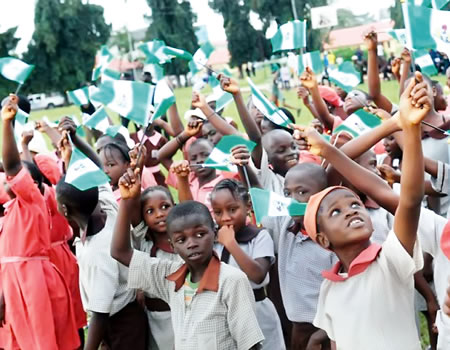 A nongovernmental organization (NGO) and some experts in security issues have expressed their concerns over youths’ involvements in internet fraud called `Yahoo, yahoo’ and secret cult-related issues.

They told the News Agency of Nigeria (NAN) on Tuesday that the rate at which youths were being mentioned to be involved in the abduction, trafficking, internet fraud, and cultism was bad.

They advised parents to monitor the type of companies their children keep, saying peer influence could affect youths either positively or negatively.

Newton, also a medical practitioner, said some members of the public were fond of celebrating mediocrity instead of meritocracy.

She said that most people would not celebrate those youths that really struggled to achieve greatness in society.

She said, “In some instances, parents had been accused of being the front-runners of societal malpractices for their children.

“Do you expect such children not to get involved in `yahoo, yahoo’, `badoo’, and prostitution?

“Or when the quest to drive the latest cars is their own benchmark for success?’’

Newton advised the society to revert to the period when wisdom, truth and honest living used to be the role model for sanity to prevail.

She appealed to parents to desist from acknowledging alleged criminals in the society, but rather parents should expose them in order to curb the spread.

Similarly, Lizzy Omojuwa-Okiye, the spokesperson for the group, advised parents to instill family values in their children from their tender ages to keep them away from joining bad gangs.

“Parents must communicate with their wards, know their friends and pay unscheduled visits to their schools.

“That will keep a check on the children who will want to sustain their families’ names and will not want to misbehave,” she told

Paul Okoroafor, a Senior Consultant with the First Consulate Limited, Lagos, said that parents should start to train their children from childhood in the way of God.

“Parents should be friendly with their children, engage them in effective communications also. That will afford children to discuss any issues with their parents.

“Parents also should provide the needs of the children. Parents must subject such needs to their own personal strengths.

“Parents should also promote modesty, self-contentment, and honesty among their children.

“They should teach them to value hard work and self-confidence to be able to overcome the challenges of life,” he said.

ALSO READ: The stories we tell each other and the action we take

Also, an expert in security matters, DSP Agatha Eze, advised parents to study their children’s friends in order to restrict them from associating with bad groups.

NAN reports that Eze is the maiden beauty queen of the Catholic Women Organisation (CWO) at Saints Joachim and Anne Catholic Church, Ijegun, a suburb of Lagos.

She said, “With my experience over the years, peer pressure had played a very influential role in affecting the morals of our children and this must be checked from home.

“Parents should counsel their children always on the advantages and disadvantages of cultism.

“They should enlighten them on where their involvement can lead them by citing instances of children that had ended up by being imprisoned in the past.