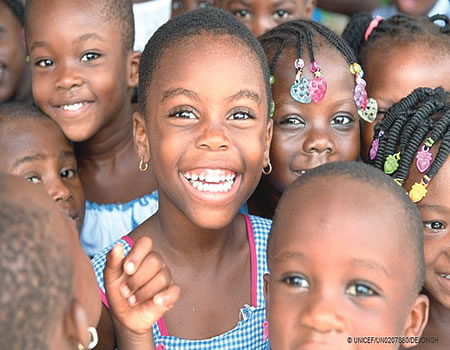 A Non-Governmental organisation, the Voice of Orphans Africa & Diaspora Initiative (VOADI) has revealed that it would be hosting over 1000 orphans with the aim of galvanising support to empower them to reach their goals in life.

Disclosing this in Abuja, the President of VOADI Okokorro Folorunsho stated that the group in collaboration with other partners had concluded plans to support over 1000 orphans in the federal capital territory on the 27th on April 2019 where a selection exercise for a scholarship will also be conducted.

Okokoro noted that “the Orphan’s Carnival project is a VOADI yearly project that brings orphans in direct contact with potential sponsors on the same platform to promote talent hunt for career, health and education development sponsorship.

“This event comes up every last Saturday in the month of April. The first was held at the Abuja National Stadium on 27th of April, 2018. In this current academic year 2018/2019, as a newly founded organisation and with collective efforts of Members and other few individuals, we are currently sponsoring four orphans at different orphanages- three (3) for Basic Education and the other who is the first Face of VOADI Beauty Queen crowned during the 2018 orphans carnival is on full sponsorship (till tertiary level)”.

He said “the 2019 ORPHANS CARNIVAL is the second edition since we started advocating for the inclusiveness and hope of a better life for orphaned and vulnerable children. The idea of having an orphan’s carnival was to showcase the latent talents and intellectual abilities of these orphaned children and as well spur potential sponsors or donors to help them have a better life by providing for their basic needs such as Health Care, Education and General Well-Being.

The theme, LEAVE NO ONE BEHIND… An Orphan at a Time’ Okokoro said the One-day event is expected to benefit 1000 orphans in Nigeria.

He noted that the carnival is aimed at identifying “sellable talents among the orphans and inspiring them for greatness and sort potential donors or sponsors towards the realisation of the discovered talents.

“To create a social mutual platform for talents exhibition and promote partnerships among orphanages and other networks of the organisation.

To host over one thousand (1000) orphans and potential donors in one venue and use the platform to promote peace, friendship, happiness and social development for the children.

Again, the event will avail the organisers the opportunity “to pick the best-performed orphans and award scholarships for their Basic Education. (74) Orphans would be awarded Scholarship for 2019/2020 Academic session, 50 for self-empowerment (starter pack) during the Carnival while the remaining 176 would be sorted in partnership with private and Government boarding schools” he stated.

Voice of Orphans Africa and Diaspora Initiative (VOADI) was birthed 16th November 2017 as a paid radio comedy program known as ‘laff- now-now’ on Armed Forces Radio (107.7fm) Asokoro, Abuja- Nigeria. The aim of the program was specifically designed to give voice, advocate for the well- Being, Zero tolerance to Hunger, Quality Education for orphans, needy and the worried in the society.

Ngige under fire over comments on doctors