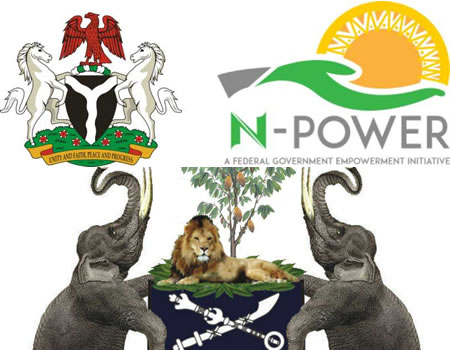 The Advocates of Social Justice for All (ASJA) has raised an alarm over a plot to blackmail Minister of Humanitarian Affairs, Disaster Management and Social Development, Hajiya Sadiya Farouq, on the proposed Batch-C of the N-Power scheme.

According to the group, there is a frantic attempt, to discredit the minister’s efforts as it has done against President Muhammadu Buhari’s administration despite obviously providing employment opportunities for Nigerian youths.

The Federal Government officially opened the portal for interested applicants into June 2020 Batch C of the N-Power social investment scheme, on Friday, midnight.

Recall that Batch A started in September 2016 while Batch B kicked off in August 2018.

Just as thousands of young Nigerians kept vigil to commence registration, a media platform alleged that the exercise had already been hijacked.

Contrary to rumours, however, hundreds testified to seamless enrollment, trooping to social media to shower praises on the honourable minister.

And in a statement signed by its National President, Comrade Timothy Tiza, on Saturday in Abuja, ASJA said this is another plot by rumour-mongers to dent Hajiya Sadiya’s well-known history of transparency and accountability.

The group revealed that the aim is to ultimately make the minister bow to pressure mounted by some despicable elements that are envious of the strides recorded in her ministry.

The Advocates of Social Justice for All, therefore, rubbished the claim labelling it as blackmail attempt and a coup against democracy in Nigeria.

While calling on Nigerians to ignore the reports it, however, advised those peddling rumours online to turn a new leaf and be guided by the journalism creed that emphasises accuracy and fairness.