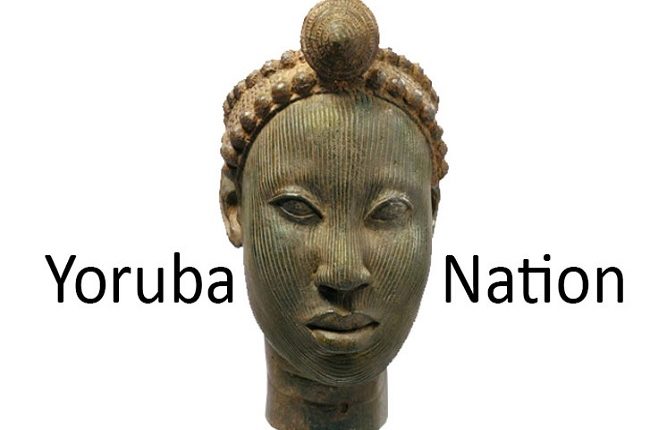 A coalition of various Yoruba groups in Diaspora, Yoruba One Voice (YOV), said there is need for all Yoruba sons and daughters in the Diaspora to unite for both political and economic liberation of the race in Nigeria.

The group gave the charge on Monday in a statement by its Director of Communication, Comrade Zacheaus Somorin, affirming that a sustained agitation for the Yoruba’s economic liberation was urgent and critically fundamental at this point in time.

This was just as he said that the new group, which was launched to promote the interest of the race at a global stage, had embarked on a sensitization process to foster unity and peace among the existing Yorubas groups abroad.

Somorin, a Canada-based Yoruba son, insisted that the coalition became imperative to bring all Yoruba professionals in many parts of the world together in order to provide a unified front for the progress of the Yoruba nation.

According to him, YOV had within the first few weeks of its existence, secured an existing structure in the United States, Canada, United Kingdom, European Union, Africa, Asia, South America, North America and Australia, disclosing that the group was currently working to extend its frontiers to other countries.

“Yoruba One Voice was founded to engage various progressive groups, within the confines of the law, in ensuring that the people of the South West do not suffer continued economic isolation, being trampled upon and subjugated; a sustained agitation for the Yoruba’s economic liberation is urgent and critically fundamental at this point in time,” Somorin declared.

“Yoruba One Voice is a convergent point and one big umbrella, created for charting a new course for a better future for the race back home in Nigeria. The group is not an organization; but a formidable coalition of every Yoruba organisation in the diaspora that believes in solidifying our unity, the coalition intends to intervene and engage the Yoruba people at home in terms of governance, socio-economic justice and fairness for all,” he stated.

Somorin, while lamenting the leadership problem in Nigeria, which he described as “intractably inefficient, tribal and palpably hopeless,” said this had brought “the need for intervention in terms of policy direction, accountability by Yoruba intellectuals abroad who have garnered global exposure and education towards having a livable Yoruba nation.”

“In recent times, there have been centripetal and centrifugal forces calling for the geographical/constitutional laceration of the Nigerian State. These have been motivated by the intractable disillusionment that permeates the nation-state called Nigeria,” he recalled.

According to the group, “The agitation has become urgent based on the fact that most resources being generated in the South-West are taken to the centre – Abuja, as structurally facilitated by arrogant defiance to true fiscal federalism. The South-West contributes 90 per cent of the country’s non-oil revenue to the federation account.”

“Historically, the South-West had the first television station in Africa; first university, among other firsts. But as things are, Yoruba One Voice is of the opinion that Yoruba’s glory is being trampled upon based on how Nigeria is presently structured politically,” lamented.

On the security architecture of the region, YOV lamented that it was on daily basis being polarised and undermined by marauding herdsmen who had been wreaking havoc on farmlands; killing and maiming the innocent people while the central government looked the other way.

The coalition warned that to allow the situation to fester unchallenged could spell doom for the Yoruba nation as there had also been reports of “stealth penetration of terrorist groups into Yoruba land.”

It, therefore, enjoined all Yoruba groups in the diaspora to affiliate with the coalition in order to have a united front for the betterment of the race.

“The security architecture of the region on a daily basis is being polarised and undermined by marauding herdsmen who have been wreaking havoc on farmlands; killing and maiming innocents while the central government looks the other way.

“To allow these to fester unchallenged could spell doom for the Yoruba nation. There have also been reports of stealth penetration of terrorist groups into Yoruba land.

“We, therefore, urge all Yoruba groups in the diaspora to affiliate with the coalition for the purpose of having a united front for the betterment of the Yoruba nation,” the coalition said.