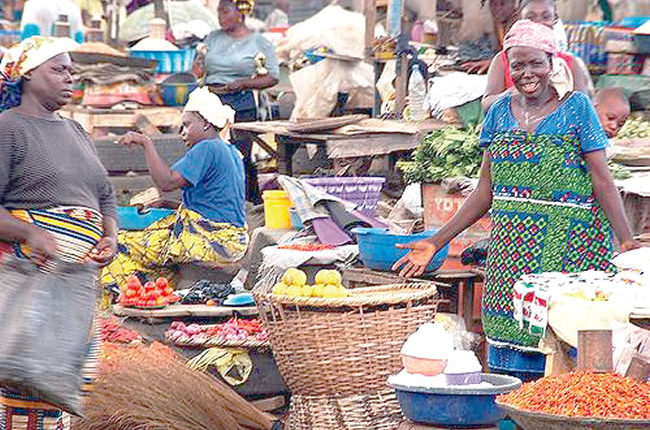 A civil society organization, Initiative for Grassroot Advancement (INGRA) has called on Kogi State government to rise up to the occasion and stem the tide of unchecked inflation of food prices in the state.

In a statement issued by the Executive Director, Hamza Aliyu, in Lokoja, INGRA urged Kogi State government to declare a state of emergency on the agriculture sector and free up human and financial resources so as to avoid the looming hunger.

INGRA raised alarm that Kogi State is staring severe food shortages and possible food insecurity if the government continues in the same way it has always done, with poor funding of the agriculture sector and poor attitude to small scale farmers.

The statement noted that the negative attitude of Kogi State government in not releasing budgeted funds is crippling activities of the State Ministry of Agriculture.

“For the umpteenth time since 2020, Kogi State has top the states with the highest food inflation in Nigeria, according to the National Bureau of Statistics (NBS) has shown.

“The report revealed that in July 2021, food inflation was highest in Kogi at 28.51 per cent, Enugu at 24.57 percent, and Lagos at 24.04 per cent. This is in contrast to Sokoto, Akwa Ibom and Imo which recorded price deflation or negative inflation (general decrease in the general price level of food or a negative food inflation rate) within the period. This trend has been consistent for close to a year.

“The NBS report however states that the rise in food prices was slower in month-on-month.”

“It is no gain saying that Kogi state is blessed with large arable land, vast water bodies and a large population of small scale subsistence farmers. It is unconceivable that food prices should be the highest in the nation.

“This rise in the food index, according to the Bureau,  was caused by increases in prices of bread and cereals, potatoes, yam and other tubers, milk, cheese and eggs, fish, soft drinks, vegetables, oils and fats and meat. This ought to be a baseline for our State Ministry of Agriculture to look at these food items.

“Kogi state has comparable advantage when it comes to food items like fish, yams and tubers, meat, rice and beans. Many of our communities produce these items in large quantities. The question is why are the prices not cheaper in Kogi than in Sokoto and Akwa Ibom or Imo, who do not produce these foods?

“The Kogi state Government has over time failed to look into the issues militating the large scale production of food for local consumption and export. Billions of Naira has been spent on various Agricultural intervention both by the state and by Multilateral organizations, with very little results to show for it.

“The colossal expenditure on the Ejiba Rice Mills was premised on the fact that the State would reap from the bountiful supply of paddy rice and thus produce Rice at affordable cost to citizens and have enough for export. The lamentable fact today is that the Mill is lying fallow and has not brought any returns on investment since it was commissioned.

“Support for small scale farmers especially women farmers, who form the bulk of producers of food in the state, have been at best minimal with no viable strategy for increasing their output,” the statement said.

INGRA called for a stop to the inadequate funding of the agriculture sector with at least 10% of state budget set aside for the sector according to the Maputo declaration.

“The dangerous and inimical attitude of non release of budgetary allocations to the ministry needs to be stopped as this has a negative impact on the availability of food on the table for the average Kogi citizen.

“There must be performance based measurement for expenditure of public resources in the sector. Funds expended must have a commensurate value addition to the public.”