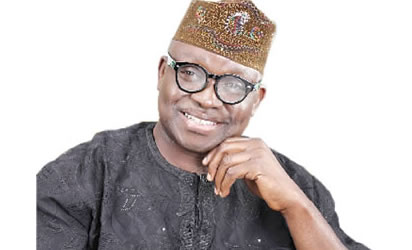 A group of Ekiti State’s civil servants called Enlightened Workers’ Forum alleged that the state government is collecting voter cards of some of the workers in return for a financial empowerment scheme of the government.

The group, through its leader, Mr Mike Bamidele, alleged in a statement on Sunday that the government was collecting the names of the beneficiaries and the serial numbers of their voter cards, allegedly with a plan to clone the cards.
Bamidele held that women civil servants were the first set of beneficiaries in the loan scheme, saying the men would soon take their turn and said the workers’ voter cards that were being demanded before being given the loan even as salaries are still being owed, was curious.
But the state government denied the allegation of the plan to clone the cards, saying the beneficiaries were mostly people with only voter cards as a form of identification for the loan.
The state’s Commissioner for Information, Youth and Sports, Mr Lanre Ogunsuyi, who reacted to the allegation, said: “It is not true that government is cloning workers’ voter cards. What we are doing is an empowerment for the works which is optional because nobody is being compelled by it.
“The loan is optional and somebody can look at conditions attached and such a person can opt out if he or she is not satisfied with the conditions.
“The reason why women are asked to bring their voter cards is that majority of them don’t have driver’s licence, national identity card or international passport and the easy form of identification is voter card.
“Nobody should read any negative meaning to the good intention of the government to empower its citizen. No card is being cloned anywhere.”
Bamidele had explained that the workers expressed fear that the serial numbers and other security features on their voter cards might be cloned ahead of the July 14 governorship election in the state.
According to him, the exercise had started on January 8 and that women working in the local government service, Ministry of Women Affairs, Ministry of Information, Youth and Sports Development and Civil Service Commission had benefitted.
He said: “We want the general public to know that no circular was issued to that effect but the information has been passed to female workers in their MDAs through their various Heads of Departments.
“For any worker to be qualified for the so-called loan, the person must tender his/her voter’s card and his name recorded against the number on the card.
“It is our candid opinion that the empowerment of this nature to civil servants is an aberration and we appeal to the generality of workers to be wary of this desperation.”
Ayodele FayoseEkiti groupVoters card
Share