Latest NewsTop News
By Wale Akinselure On May 28, 2020 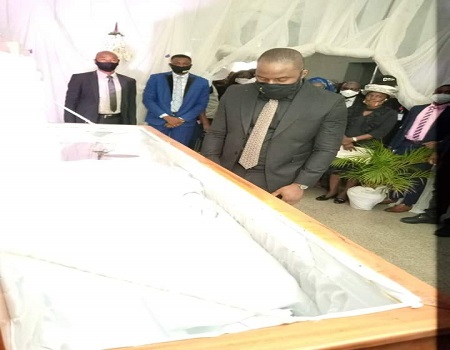 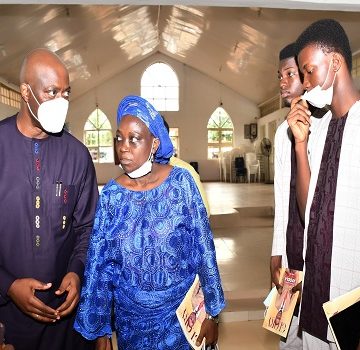 Expressions of grief pervaded the Oyo State House of Assembly, on Thursday, as present and past lawmakers rendered tributes in honour of the late Commissioner and former Speaker of the state Assembly, Honourable Kehinde Ayoola.

From members of the fourth Assembly, which Ayoola led as Speaker in 1999, to the present ninth Assembly, it was all glowing words about a man described as astute, determined and committed to the overall development of Oyo State.

Leading the session of tributes at the special sitting in honour of Ayoola, Speaker of the Assembly, Honourable Adebo Ogundoyin lauded Ayoola for being a go-getter and someone resolute and patriotic in his approach to issues.

Ogundoyin further praised Ayoola for offering quintessential and intelligent leadership in different leadership capacities occupied and contributing to the strides of the current administration.

While assuring of the state legislature’s support for the Ayoola family, he urged the two children left behind to remain strong for their mother and be determined to make a success out of their lives.

In his tribute, deputy Speaker of the Assembly, Honourable Fadeyi Abiodun described the late Ayoola as an enigmatic statesman, great strategist and great patriot.

According to Minority Leader, Honourable Asimiyu Alarape, the late Ayoola was a man of many parts, a prolific writer and a good man in all ramifications.

He described Ayoola as a progressive to the core, especially one who upheld the ideals of Chief Obafemi Awolowo.
Representing the 4th Assembly, former Honourable Adelowo Olaogun decried the loss of the fourth member of that Assembly.

Olaogun reminiscences that Ayoola was a consummate legislative debater, one who believed in progressive causes and an avid reader.

Olaogun called on the current administration to specially immortalise Ayoola, just as he asked that the late lawmaker’s children be offered free education till tertiary level.

Deputy Speaker to Ayoola, Honourable Olagunju Ojo regarded his then leader as a grassroots lover, someone cerebral, pragmatic, disciplined and collaborative.

Another former legislative colleague of Ayoola, Mrs Adepeju Esan decried that the nation had lost a creative icon, while the state had lost a committed party man.

Representing the executive arm at the occasion, Chief of Staff to the Oyo State Governor, Mr Bisi Ilaka said Ayoola’s debating skill at the executive council chambers will be missed.

Ilaka eulogised Ayoola for being amiable, selfless and a first-class gentleman.

He also commended Ayoola for being passionate about the progress and development of Oyo town, Oyo state and Nigeria at large.

Speaking on behalf of the late Ayoola family, his son, Folarin Ayoola said his father will be glad in his grave if the current government does not relent in the task of renewing Oyo state.

He remarked that his dad left behind a task that he was committed to and wants that the journey to a much developed Oyo state be continued.

The session of tributes was followed by a burial service at New Covenant Church, Apata, Ibadan, with Governor Seyi Makinde, in attendance.