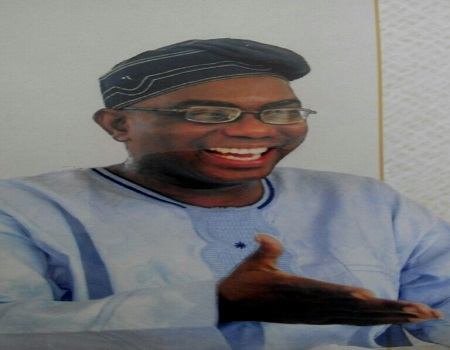 Some 340 students from Andoni local government of Rivers State have been awarded scholarships to pursue their education for the 2019/2020 session by Green Energy International Ltd(GEIL) – an integrated energy company operating the Otakikpo marginal field in OML 11 with the operational base at Ikuru town, in Rivers State, Nigeria.

The scholarship according to a statement from Mr Segun Ilori, is worth over N50 million and covers secondary, undergraduate and postgraduate education.

The students were selected based on rigorous qualifying examination from among over 7000 applicants for the scholarship under the “Green Energy leaders of Tomorrow scholars” instituted in 2018 to enhance the education standards of the host community youths of the company.

He said his company believes that crude oil production is not an end in itself but a means to achieve economic development and other development goals prompted the move toward supporting education as one of the critical pillars of social change in the country.

Adegbulugbe recalled that during its 5 years of operation and engagement with the communities, the company had contributed significantly towards achievement of some United Nations sustainable development goals(SDGs) through consistent health interventions programmes, the revamping of health facilities through the Johns Hopkins University partnerships, the conservation of animals species program and infrastructure development through the community trusts fund, among others.

He said the thrust of its corporate social responsibility (CSR) and sustainability work remains capacity building, socio-economic growth, environmental protection, promotion of green and energy-efficient technologies and upliftment of the marginalized and underprivileged segments of the society.

Also speaking, the Rivers State Commissioner for Energy & Natural Resources, Dr Peter Medee commended the board and management of Green Energy for investing in the education of the youth in the host communities. He was also impressed with the tremendous investment of the company in the development of the communities and promised to partner with the company in the proposed power generation and LPG production projects being planned for the Andoni area.

The chairman of Andoni local government, Honourable Paul Lawrence on his part, said the gesture of the company in providing over 340 students with scholarship in one year was unprecedented in the area. He said the company has proved to be partners in progress of the people of his local government and promised to ensure the peaceful operations of the company in the area saying that in line with the resolve of the Governor Wike’s administration, oil companies will be protected from incessant attacks and sabotage of its operations.

Lulu-Briggs narrates how hoodlums attacked him, supporters at Igbo-Etche