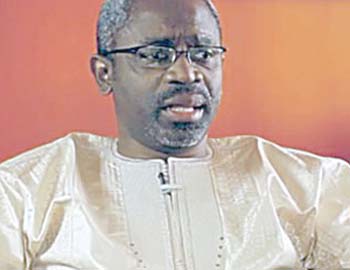 The Speaker of the House of Representatives, Honourable Femi Gbajabiamila has assured the Internally Displaced Persons (IDPs) in Katsina State that the Federal Government would not abandon them.

Hon Gbajabiamila, who paid a visit to the Gidan Baki IDPs Camp in Katsina metropolis on Monday, said he was saddened by the conditions of IDPs all over the country, but that both the Executive and the Legislature were working together to better their lives.

In a statement made available to newsmen Abuja yesterday by his Special Adviser on Media and Publicity, Mr Lanre Lasisi, Hon Gbajabiamila said that the main focus of government would be how to get the thousands of IDP children into schools so that they could become leaders of tomorrow.

The Speaker also used the opportunity of the visit to donate drugs worth over N60 million and 600 bags of rice to the IDPs.

Speaker Gbajabiamila, who promised to take care of the medical bills of a female IDP who recently gave birth to a baby with a cleft lip ordered that she should be taken to Abuja in the next few days for best medical attention.

“Our ultimate goal is to ensure your education as children, to ensure that you’re taken care of in terms of your medical needs, the Almighty Allah will give us the capacity, the political will to do those things which we need to do.

The Speaker used the opportunity to teach some students the Civic Education at the Government Day Secondary School, Kofar Sauri.

Gbajabiamila who spoke on Drug abuse also promised to construct a block of classroom and also award scholarships to university level to the best graduating student of the school annually.

This is part of the Speaker’s Voluntary Teaching Exercise, which he started in Surulere 1 Federal Constituency of Lagos State when he was the House Leader, an initiative the Speaker had resolved to expand to all parts of the country.

“When I teach, after 15 minutes, I will begin to sweat, my back begins to hurt and my legs shake. That explains what you teachers go through. May Allah reward you abundantly.

“The feedback I’ve got over the years from parents is that their children have improved. It is my hope that when I leave here, in the next 20 years, these students will be among those that will become lawyers, doctors, senators or the governor of Katsina State.

“We will make sure that we put a block of classroom here. We will do that through your representative. I will award a scholarship for the best final student to the university until graduation. This will be my endowment here in your school.”

Earlier, the Speaker paid a courtesy call on the State Governor Aminu Bello Masari, saying he was in Katsina to assess the security situation on ground in view of recent happenings in the state.

While noting that the issues at hand could not be dealt with by the state alone, Gbajabiamila noted that “as a government, we must do it together. We have to assist the state, and for us to do that, we should be on ground to see the situation. We’ve been to Zamfara and Borno and the stories are the same.”

Responding, Governor Masari thanked the Speaker for choosing Katsina as one of the states to visit, saying that the state lacked the resources to contain the problem at hand, calling for the assistance of the Federal Government.

He said part of the problem was that the people perpetrating banditry in the state suffered neglect for many years, noting that “we asked them to choose where they wanted us to meet. We met, and what has been there since 2015 are still there. Principal among them is neglect. They said they have been supporting farmers and all, but that there was never been a programme to help them.”

Speaker Gbajabiamila used the visit to pay homage to the Emir of Katsina Alhaji (Dr) Abdulmumini Kabir Usman, who called on the Speaker to remain determined and resolute so as to make good laws for the country.