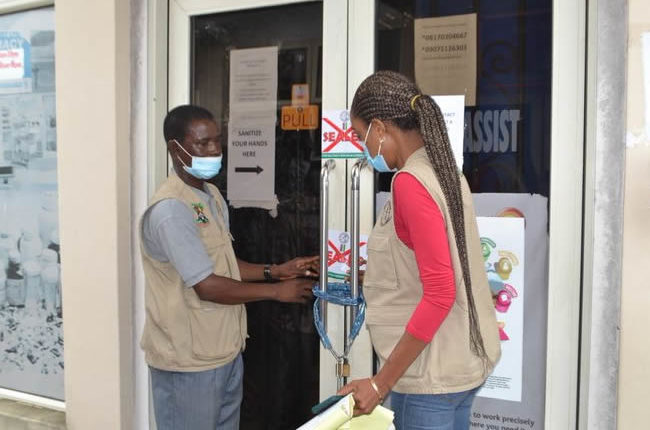 The Commissioner for Health, Dr Bashir, while speaking during the monitoring exercise, expressed concern over the quackery in private health facilities in the state.

He affirmed the government’s resolve to deliver quality health care in both the public and private health facilities for the sake of citizens and residents of the state.

Dr Bello, who spoke through the Director of Secondary Health Care and Training in the ministry, Dr Wale Falana, said the idea behind the  monitoring  is to maintain sanity in the health sector and ensure all health facilities secure accreditation to provide services.

He stated that the present administration remains sacrosanct about the  well- being of  individuals and the need for qualified medical  practitioners who are yet to register their facilities to do so without any further delay.

“The drive embarked upon by the task force is about everything that has to do with health. We don’t want quackery in private health facilities, including in laboratory, pharmacy and nursing services.”

“We want our people to be in good health; we want qualified health personnel to take care of our people.

“A lot of quackery is happening. Early this year, a clinic was locked up. The owner of the facility is not a qualified medical personnel and he was running a hypertension clinic.

“He was told to get someone that is qualified to do the job. Now you can see the place is open; this is illegality.”

Buhari, North-East and the Uncommon Transformation

World Suicide Prevention Day 2020: Everyone has a role to play