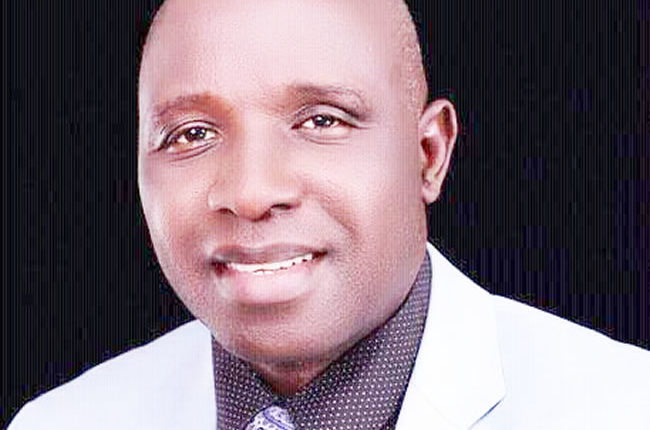 The Senator representing Plateau North, who is also deputy chairman Senate Committee on Defence, Senator Istifanus Gyang, in this interview with ISAAC SHOBAYO bares his mind on the new wave of crime in his constituency, including destruction of farmlands and crops coupled with occupation of ancestral land by some terrorists. Excerpt:

Apart from killings in your constituency another wave of crime is destruction of farmlands and crops on a large scale by those suspected to be killer-herdsmen. What are you doing in conjunction with stakeholders in Plateau North to arrest the ugly trend?

Plateau North has been the epicentre of attacks on communities, displacement of residents of communities, and forceful occupation of ancestral homes of the people already displaced. And when we thought there are sufficient engagements to overcome the threat that have persisted over the years, leading to loss of lives in hundreds; at the point when we thought we have got over this, we are again being revisited with attack on communities, ambush of people in their farms and malicious destruction of farm lands.

There is another wave of criminality that is horrendous, which is malicious destruction of farmlands and crops. This cuts across Barakin Ladi, Riyom and Mango axis of Bassa Local Government Area of Plateau State, we have witnessed thousands of hectres of farmlands, especially crops that are about to be harvested being destroyed. There is also malicious grazing on farms just to cripple the people economically. It is very pathetic that those who survived killings and returned to their farms are experiencing this kind of thing, their source of livelihood being destroyed for just no reason.

So where they cannot kill the people, the next strategy is to destroy their source of livelihood. This is wickedness of the highest order and one is worried because this is happening on a sustained basis. We have seen pictures of widows whose husbands were victims of these attacks trying to eke out a living by engaging in farming to feed themselves and the orphans but lost all through this senseless mowing of their farms by these killer-herdsmen. This is a lamentable situation, the efforts by these people to take care of themselves and the orphans are now being frustrated through malicious destruction of their farms.

Apart from this, there are also cases of forceful occupation of people’s ancestral homes by these killers-herdsmen; why is it difficult for the government to arrest this situation?

When you have a system that is shying away from addressing injustice; when you have a system that does not frown on criminality and is also not willing to deal decisively with impunity, what do you expect? Also when you find out that a particular set of people are perpetually undertaking these attacks – displacement, malicious destruction of farmlands and crops – and the system knows them, they have been profiled by the DSS, police and other security agencies and nothing seems to be done, that goes to tell you that something is wrong. If anyone anywhere says they are not known, I will tell you out-rightly that the person is covering the facts before him. Be they on the field or in the office, they know them; the records are there. So it is not inability, it is lack of will. The system is not willing; then if it is not willing, it means the system is complicit. There is no explanation for pretence in this matter. The question is when did the Nigerian government want this matter resolved? When do they want safety for the minority? We cannot have safety. If the government doesn’t want us to have safety, we would not be safe. The day the government wants to give safety to the minority people of Plateau and Nigeria, we would have safety. But until then we pray that God will give us a government that will protect every citizen of Nigeria that deserved protection.

But based on where we are today I will tell you that our confidence in government is lost because the security apparatus that was mandated to protect everybody has failed us. There is no other evidence than what we are seeing especially displacement of my people, forceful occupation of their ancestral lands, killings and destruction of their farms. I will say that the government is sponsoring displacement of my people, if they refused to protect my people and did not allow Nigeria security apparatus to help my people return to their ancestral homes then it means the government passively endorses the displacement and the killings in my constituency. If they are not protecting us we shall leave everything to God; we strongly believe that God will bring another government that will take care of the situation and do justice to every citizen of this country.

This is another way of saying what I have just said; if it is not selective justice, what do you call what is happening in my constituency? What name will you give to it? What description would you ascribe to it other than selective justice? If someone will come to a community and attack the community; if you say you don’t know who attacked them then who are those occupying the land? Did you need anyone to tell you that the ones occupying the place were the ones that attacked and killed the people; what evidence do you need than that. If that is the situation and the government has not done anything about it, is that not selective justice? But the government can go to another country and pick up perceived criminals while criminals in our country are at liberty to do whatever they want.

If you can go beyond the shores of this country to pick someone you tagged criminal, yet here are criminals before you daily; you can go abroad to arrest and you cannot arrest the ones before you, what a contradiction, what an irony. Unfortunately, this is the country we are living in.

‘Every day, you look around and you can’t find any Igbo among Service Chiefs, is it…

How we will decide zoning of presidential ticket —PDP national chairman