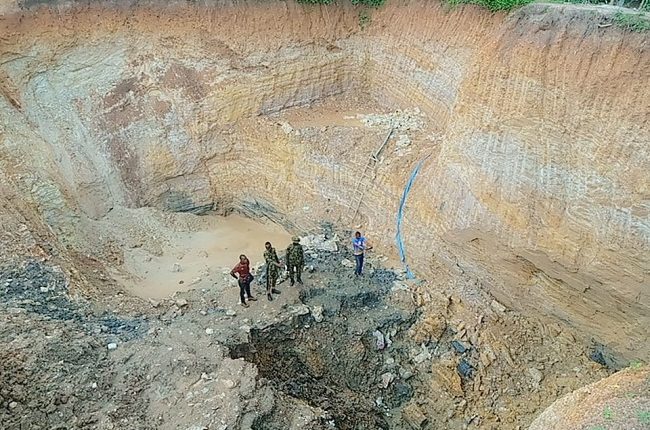 The Ebonyi State Government has commenced the closing of all illegal mining in the state, arresting five people in the process so far.

Commissioner for Environment, Dr Richard Nnabo, made this known to newsmen while closing two large mining pits located inside the primary school premises and a market in Amajim, Amaeka, Ezza South Local government area of the State.

The commissioner who ordered the arrest of five persons found in the mining site noted that the suspects did not obtain a licence before engaging in mining in the school premises and the market square since 2017. 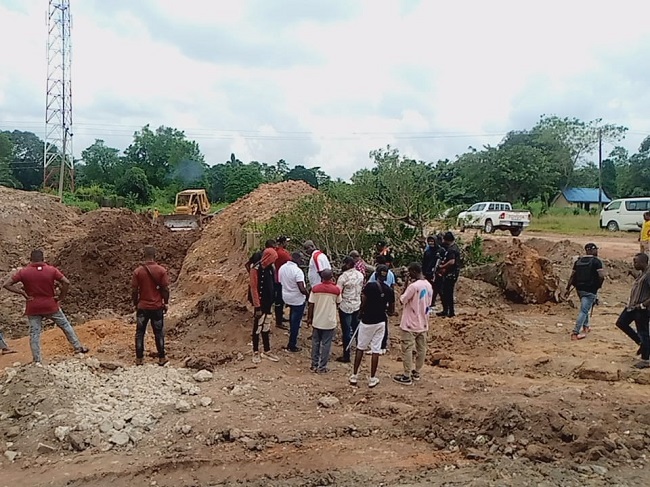 He said the mining activities expose school children and the people of the area to dangers, hence the decision of the government to close them.

“Some persons in the village decided to do illegal mining because they feel they can get solid minerals. There is a procedure for doing the mining. You must get a licence before you go into mining. Of cause, you cannot mine in a school because children are in the school and anybody that is mining in a primary school like this is exposing the school children and villagers to dangers of ill health.

“As you can see, the next pit you are seeing there is in the market. As they are mining, every person that attends market there and the school children are also exposed to dangers of ill health.

“Because these people are doing illegal mining, they don’t know what is called protective devices they should use to protect themselves and even if they use protective devices, these pits are open and these schoolchildren are liable to fall into these open pits.

“We saw what happened in the state over a month ago where the state APC youth leader was driving along the road and fall into an open pit which led to his death and his two police escorts. That’s how we lost promising young men, men that could have contributed more to develop the state. So, for this, we decided to be going round to close all the pits in the state,” he said