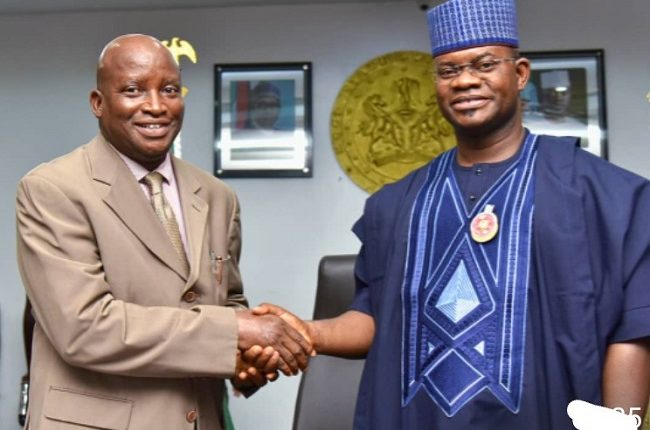 The Governor of Kogi State, Alhaji Yahaya Bello has sworn in a new Chief Judge of the State and President, Kogi State Customary Court of Appeal.

Speaking after the justices took their oath of office at the Banquet Hall, Government House, Lokoja, Governor Bello urged the judicial officers to improve on the system and ensure effective adjudication process in the state.

The governor who sought the collaboration of all arms of government restated his administration’s commitment towards upholding the principles of separation of powers.

In a remark, the newly sworn-in Chief Judge, Justice Henry Olusiyi applauded Governor Bello for the transparency exhibited in the process leading to their emergence.

Speaking on his plans, Justice Olusiyi said courts in the state were being sensitised on the need to ensure quick dispensation of justice.

He added that measures were also in place to employ digitisation of the Judiciary in the state.

Earlier, Kogi State Attorney General and Commissioner for Justice, Muhammed Sani Ibrahim SAN, explained that the two jurists were thoroughbred and had distinguished themselves while serving in acting capacities.