Governments have no business in hajj sponsorship —NAHCON chairman 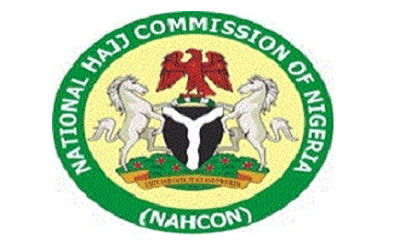 FEDERAL, state and local government authorities have no business sponsoring Muslims to hajj as the religious obligation is meant for people who can afford it.

The chairman of the National Hajj Commission of Nigeria (NAHCON), Alhaji Zikrullah Hassan, stated this in Ibadan, Oyo State during a prayer reception organised in his honour by the Muslim Ummah of South West Nigeria (MUSWEN).

He said instead of sponsoring the holy pilgrimage to Makkah, governments should use the resources available to them to empower the people and improve infrastructure.

“Let us free the government from financial involvement in hajj. The government can provide logistics for hajj operation but not sponsoring people to hajj,” he said.

The NAHCON chairman said the commission was working towards becoming self-sustaining without relying on government allocation as the support of the Federal Government at present was less than 20 per cent.

“With time, funding of hajj will be removed from government and will be strictly through internally generated revenue of NAHCON,” Hassan noted.

He said frequent increase in hajj fare would make it difficult for people to fulfill the religious obligation and result in the inability of the commission to exhaust the quota allocated to Nigeria by Saudi Arabia authorities.

He stressed that the commission’s Hajj Savings Scheme would make it easy for people to execute the hajj plan.

“The concept of the Hajj Savings Scheme is whereby the poor can save bit by bit between two and five years until they are able to get to the amount required for hajj.

“The money is turned into investment through our partnership with Jaiz Bank and they are entitled to increase their holdings in the bank through their profit,” Hassan said.

The NAHCON chairman said the introduction of the hajj training institute and digitisation of hajj operation by the commission were aimed at making hajj operation hitch-free, less stressful and increase the quality of the exercise.

Earlier, MUSWEN president, Alhaji Rasaki Oladejo, called on Muslims in the South West and Nigeria in general to support the chairman of NAHCON and not distract him with selfish demands.

“His assignment in NAHCON is national, Islamic and corporate. We should not frivolously distract his attention with selfish demands,” Alhaji Oladejo said.

He said the NAHCON chairman’s position being occupied by Alhaji Hassan, who was one of them from the region, was a matter of corporate mercy from Allah which must not be turned into individual benefits.

“Our brother, Zikrullah Hassan, needs our full cooperation in terms of good wishes and prayer.

“Any success or failure in that office during his tenure is a major scale by which MUSWEN will be weighed in posterity,” he stated.

A special prayer for Hassan was led by the Chief Imam of the University of Ibadan, Professor Abdur-Rahman Oloyede.