‘Government must step up support for farmers’ 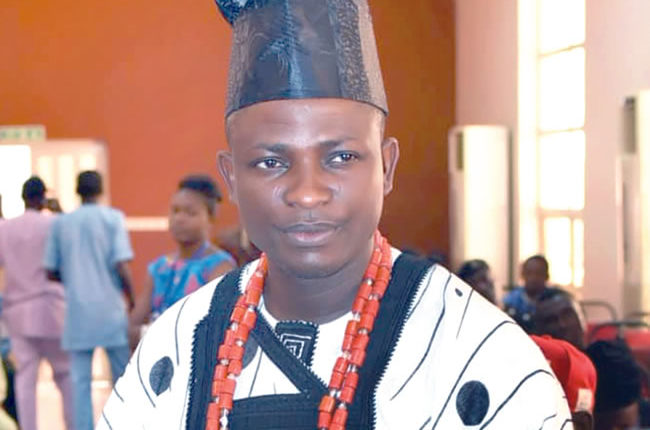 Azeez Maboreje, a practicing farmer with focus on poultry value chain, is the farmers ambassador of Oyo state. He tells NURUDEEN ALIMI in this interview among other issues reasons government must support farmers at all time.

WHAT brought about the title, Farmers Ambassador?

The title was conferred on me by the Baale Agbe in council of Oyo state when he and other members of the council saw my enthusiasm for the development of agriculture in the state. And ever since, I have continued to be at the forefront of making case for farmers in order for them to get government’s support in their quest to make food sufficient in Oyo State.

Can you really say that the Nigerian government is doing enough in terms of support for farmers?

I can only answer on behalf of my immediate constituency which is the poultry sector. The government as far as I am concerned is not doing so well for poultry farmers. Only political farmers can say they benefitted from the government. Talk of high price of feed ingredients, government is not doing well to help subsise maize which is a major raw material for feed. Also, when we talk of gluts of eggs, I think government can set up an egg powder plant to absorb these eggs to curb ridiculous prices at which eggs are being sold.

There are silos that are strategically placed across the country but those that the government give concession to are using it against farmers. They hoard grains thereby resulting in scarcity. Government at all levels must step up their support for farmers particularly the poultry value chain which is an integral part of the Nigerian agricultural value chain.

You are the brain behind the popular farmers group popularly known as Oja-Agbe. Could you please dwell on what it is all about?

Oja-Agbe started as a multi-faceted radio programme which later metamorphosed into a farmers association. It was designed and created for practicing and aspiring farmers to network, discuss, learn, exhibit their their products or produce, market their products, connect and access different opportunities for farmers from government at all levels, international organisations, financial institutions and individuals, as well as coordinating farmers in the South-west part of Nigeria to speak with one voice on issues concerning their welfare. Through the Oja-Agbe platform, the first ever gubenatorial debate by farmers was organised in 2019 for gubenatorial candidates.

How would you rate Nigeria’s poultry industry compared to what obtains around the world?

The Nigerian poultry industry is still lagging behind if we are to compare the way we do things here to other parts of the world. The Nigerian government must be seen to be in full support of poultry farmers as it is done in all serious countries around the globe. For me, I think we still have a long way to go as a country. I pray we get there soon.

To what extent would you say COVID-19 has affected poultry business in Nigeria?

The havoc that the pandemic has caused to poultry farmers is beyond count. Is it the huge amount lost through the mass death of day old chicks or the ones lost from eggs glut. Over N200 billion was lost by poultry farmers during this period. There is ridiculous drop in prices of eggs yet the government has not provided any form of palliative for poultry farmers. Policemen who are supposed to enforce the law also extort commuters of day old chicks when transporting their birds to other parts of the country and refusal to give them money would result into delay of their movement and the day old chicks would die in the process.

The explosion at NNPC