Government must save media from total collapse ― Guild of Editors 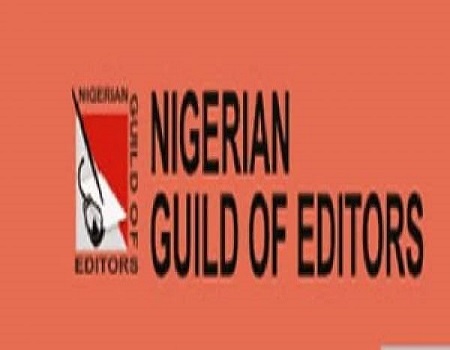 The Nigerian government has been urged to as a matter of urgency raise up an intervention for the media to save it from total collapse as it is in a dire state that has been made worse by the ravaging effects of COVID-19 pandemic.

The Standing Committee of the Nigerian Guild of Editors arrived at this conclusion and made the call part of its communiqué at the end of its virtual meeting held via Zoom last Thursday.

The Guild contends that there is an urgent and compelling need for the Nigerian government’s intervention to save the media from total collapse and recommends the injection of funds by the Federal Government, not only to help keep media jobs but also to ensure continued existence and operations of the various media houses; whether print, electronic or new media.

It further notes that using public funds to finance private sector operations to save them from bankruptcy and a total eclipse is not new and has been adopted in other jurisdictions, citing the United States government as an example of instances where public funds were used to save the U.S. automobile industry, banking and other ailing sectors from insolvency during the financial crisis of 2008 and currently with the $2 trillion bailouts for companies, amid the Covid-19 scourge.

According to the body of editors, there is need for Federal Government’s financial intervention on the ground that the media services are regarded as “essential services” and they deserve to be treated like other essential services that played key roles on the frontline of the fight against the COVID-19 pandemic.

The Guild avers that government intervention at this point is imperative, to ensure that the media continues to discharge its constitutional duty; stressing that survival of the media is sine qua non for the survival of democracy and learnt its support to the position of the Broadcasting Organisations of Nigeria (BON) and the Newspaper Proprietors Association of Nigeria (NPAN), both of which have made strong appeals to the Federal Government of Nigeria for financial intervention.

It noted further that the COVID-19 pandemic has exposed the poor state of infrastructure in the nation’s health sector and urged governments at all levels, to apply the lessons learnt from the pandemic to fix the nation’s healthcare delivery system while frowning at the sudden spike in gender-based violence, especially rape across the country.

The Guild called on law-enforcement agencies, criminal justice system officials and other relevant bodies to consider gender-based violence as ‘special offences’ deserving of special attention, including expedited investigations and judicial process while further asking the Inspector General of Police, Mohammed Adamu, to set up a Special Investigation and Prosecution Team, trained and primed, to deal with gender-based issues.

“The police play a major role in the course of investigation and prosecution of gender-based violence; therefore, the police should be seen to be helpful and empathetic, not bullish and frustrating,” it said.

The body of editors expressed dismay at stigmatisation of victims of rape and allied crimes and urges parents as well as guardians not to succumb to intimidation and societal scorn but to boldly speak out against such violence, recalling recent incidents of attack on media personnel.

The Guild further condemns the penchant of some state governors to assume the role of judges in their own case, by arbitrarily harassing, assaulting and in some cases, detaining journalists, describing such predilection to impunity as unconstitutional, violation of individual rights and a threat to the practice of journalism and freedom of speech.

NGE will continue to provide training, direction for members ― Egbemode