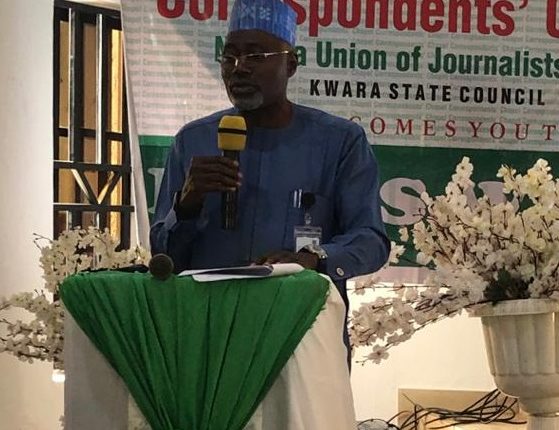 In his lecture at the 2020 Press Week of the Correspondents’ Chapel of the Kwara State Council of the Nigeria Union of Journalists (NUJ), titled, Effectiveness of Party Supremacy in Strengthening Democratic Principles and Promoting National Development, in Ilorin, on Wednesday, a legal icon, Mallam Yusuf Olaolu Ali SAN, said that political parties should not have owners.

The senior advocate, who said that the democratic ethos started to wane when the regime of Ibrahim Babangida funded two political parties, namely, SDP and NRC, with programmes and manifestoes written by the military authority.

He thus said that the Federal Government should discontinue the arrangements to encourage good governance.

“Political parties should not have owners. They should be mass organisations that give high and low, the rich and the poor the same opportunities. Ownership of political parties by individuals is directly antithetical to the democratic principle. If a political party will be all-inclusive, it is important that it should be owned by a wide range of individuals drawn from all segments of the society,” he said.

Mallam Ali said there is a lack of internal democracy in the nation’s political parties, adding that the situation has created a serious intraparty conflict which he said could likely threaten regime stability and good governance.

“This has played out several times in the Nigerian politics, as soon as the disputes arise within the party, the effect is usually felt in the quality of governance,” he said.

The legal icon, who described the present proliferation of political parties in the country as a mockery and should be eradicated, said that Nigeria does not need more than four political parties.

“As much as politics should be all-inclusive, that does not mean every family should set up a political party. At present, Nigeria has well over 50 registered political parties. Some of these parties often have nothing on the ground in terms of membership, influence or geographical spread, and may not even have more than a couple of offices in a few cities. As a matter of fact, the proliferation of parties is usually used as a ploy by politicians to plunge the electorate into confusion as well, pose administrative hurdles for the electoral umpire during national elections. To make matters worse, they do not get a single vote during elections. INEC should have them to deregister political parties that do not garner a certain percentage of votes cast in a general election, maybe five per cent”, he said.

Also speaking, Governor Abdulrahman Abdulrazaq of Kwara State encouraged the media to continue to uphold the ethics of the profession which he said include balance, fairness, and truth.

“I also urge you to remain committed to national cohesion and security. This adherence to the ethics of the noble profession is what sets you apart from ‘emergency journalists’ on social media who have no regard for truth or balance.

“Also, I urge the media to vigorously fight fake news. The events of the past few weeks have shown us the danger of fake news and unverified or one-sided accounts of events. We saw how fake news almost brought down our country as mobs descended on various public and private facilities. That the media was not spared in the melee underscores the fact that fake news and its purveyors constitute existential threats to everyone. There is therefore a need for all of us to face down this threat before it is too late.

“Equally important is for the media to rise against the ‘cancel culture’ now spreading across the social media space. Suddenly, we are having an army of people who regard their own opinion as final on any issue. Anyone who disagrees with their opinion must be mobbed or taken down at all cost. This is akin to fascism and must be stopped before it is too late. Democracy recognises the multiplicity of opinions and the right of every citizen to hold a contrary view without being haunted for it. I urge the media to join the campaign to discourage this new threat to democracy and free speech.”