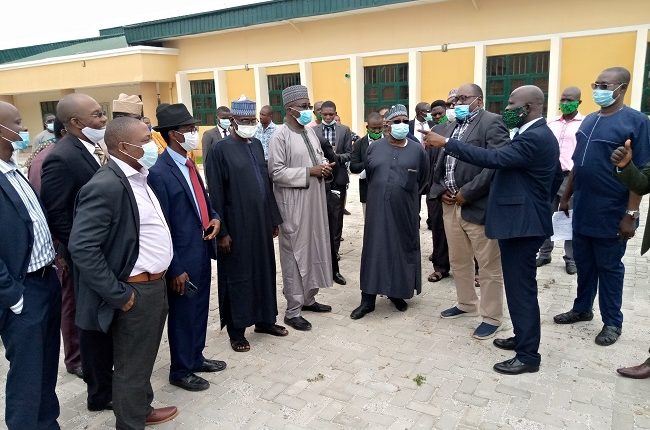 Following the ongoing scenario in the University of Lagos (UNILAG), the governing council of the Federal University of Oye-Ekiti (FUOYE) has called for a more robust relationship between the council and the management for the development of universities in the country.

The Pro-Chancellor and Chairman of Governing Council of FUOYE, Dr Mohammed Yahuza, noted that for any meaningful development in the area of infrastructure and academic excellence in the nation’s ivory tower to take place, both the management and the governing council must be ready to collaborate and unite.

The newly appointed pro-chancellor of FUOYE who stated this while inspecting some of the infrastructures of the university in Oye and Ikole-Ekiti campuses on Wednesday said that the university would be given maximum support to become the best in Nigeria.

According to him, “I am delighted with the infrastructures I have seen in the two campuses, in fact, they are splendid. Also, the effort of the management to utilise resources to complete infrastructure that is being funded by government is highly commendable.

“I am very optimistic that in the next three to four years when we will come back for inspection, we will be seeing a different university that can be compared with first-generation and best university in Nigeria.

“I have also seen the relationship of the vice-chancellor and members of the management with the way they have supported us shows that there is harmony among the member of staff which is very unusual in an academic environment. I want to appeal to the staff to give the management the necessary support so that they can do more.”

Speaking, the Vice-Chancellor of the university, Professor Kayode Soremekun, expressed his delight with the commendations given to the university by the newly appointed pro-chancellor and chairman of the governing council.

“I am very happy because my tenure is currently running out and for the pro-chancellor to have commended on the level of infrastructures of the university prove that I have been able to make an impact in terms of my performance in the last four years plus that have been in the university.

Day an excited fan almost made me fall inside gutter, then gave me N10,000—Actress Iya Osogbo