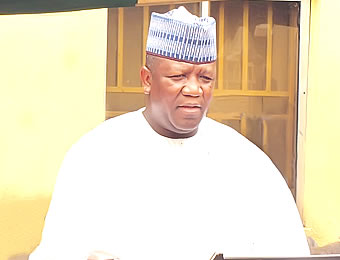 GOV Abdulaziz Yari of Zamfara on Saturday directed all construction companies handling road projects in the state to ensure quality and speedy completion of road projects awarded to them.

Yari gave the directive at a meeting with the management of Borini Brono Construction Company at the Government House in Gusau.

The governor, according to a statement signed by Alhaji Ibrahim Dosara, his Special Adviser on Public Enlightenment, Media and Communication, decried the delay in completion of road projects by some contractors.

The News Agency of Nigeria (NAN) reports that the Borini Brono Construction Company is handling the road project connecting Magami-Dankurmi-Bagega and Anka Towns.

Yari said that it was wrong for the contractors to delay in the execution of the projects awarded to them in spite of prompt release of funds by the state government.

The governor warned that he would revoke the contract being handled by the Borini Brono Construction Company if it failed to complete the project before December, 2017.

“There is no excuse to delay this project, considering the reasonable amount of funds given to the company by the state government.

“If by December, 2017, there is no satisfactory improvement on the project, the state government will revoke the contract.

“I pledge to complete all projects awarded by my administration before leaving office in 2019,” the governor said.

Yari also expressed displeasure with the performance of Dantata and Sawoe Construction Company over the handling of 61 kilometres road project connecting Dauran-Birnin Magaji and Kaura-Namoda Towns.

He blamed the state Ministry of Works and Transport for lack of commitment to the supervision of various ongoing road construction projects in the state.

NAN reports that the road project from Dauran-Birnin-Magaji to Kaura-Namoda was awarded to the company at the cost of N4.3 billion in December, 2016.