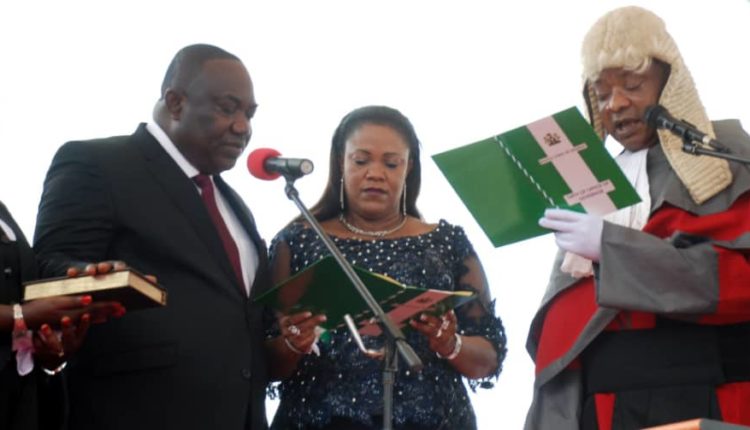 Security in and around Okpara Square, Independence Layout, Enugu, venue of the swearing-in ceremony of Gov. Ifeanyi Ugwuanyi of Enugu State has been beefed up.

The News Agency of Nigeria (NAN) reports that all security agencies in the state, including the police, Nigeria Security and Civil Defense Corps (NSCDC), Department of State Security (DSS) are stationed in strategic locations.

Others are Nigerian Immigration Services, Nigeria Customs Service and the Nigerian Army.

Security at the entrance of the venue was most fortified as officers of the Nigerian Police and NSCDC were on hand conducting a search on invitees at the point of entry while police helicopter provided aerial surveillance.

The event was attended by guests from the 17 local government areas of the state and beyond, cultural troupes and Christian musical groups with the police ceremonial guard parade adding colour to the event.

Outside the pavilion, traders of all kinds of wares made brisk businesses.