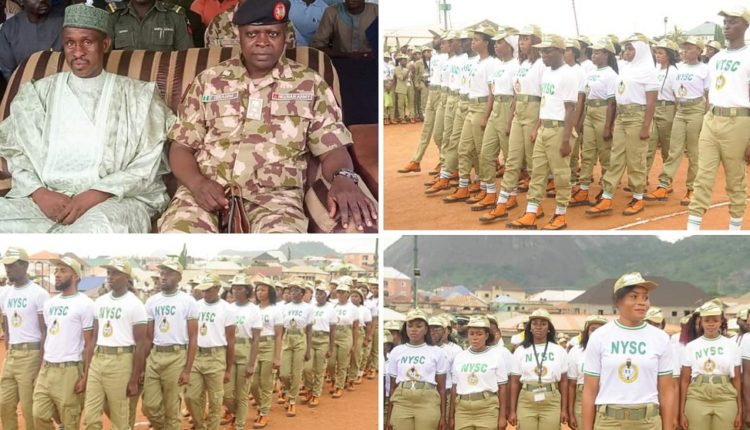 The Executive Governor of Zamfara state, His Excellency Honourable Dr. Bello Mohammed has promised an upward review of the special allowance paid to Corps members posted to serve in rural areas.

He said the move is a form of reward and also an incentive to encourage Corps members to stay and serve in the hinterlands of the state, where there services are most needed.

The governor made the declaration on Monday at NYSC Permanent Orientation Camp, Tsafe in a speech to declare closed the 2019 Batch ‘B’ orientation course for Corps members deployed to the state.

Governor Mohammed, represented by the Secretary to the State Government, Ho. Bala Bello Maru said that his administration is poised to renovate and upgrade facilities at the orientation camp with a view to making it more adequate, conducive and habitable for Corps members.

He lauded NYSC’s unparalleled contributions to nation building over the years, with reference to strides recorded in the fields of agriculture, education, healthcare and rural infrastructure, and issued a stern warning to government establishments against rejecting Corps members posted to them.

The closing ceremony which was conducted in the rain as professed by Corps members in the first stanza of the NYSC Anthem, was witnessed by high profile dignitaries from within and outside Zamfara state, including the Director General NYSC, Brig. Gen. Shuaibu Ibrahim.

Speaking with pressmen after the event, the NYSC helmsman applaud the Corps members for defying the rain and performed a beautiful parade to the admiration of guests.

He equally called on the Corps members to go out there and be good ambassadors of their families, the NYSC Scheme and the nation, by putting into practice their professional knowle- dge and the lessons they acquired from the camp.

A cross section of the Corps members told journalists that they are ready and willing to go by what the Director General demanded of them wherever they may find themselves.