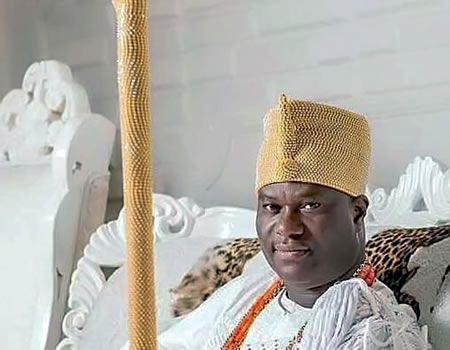 THE  Governor of Kogi State, Alhaji  Yahaya Bello on Thursday felicitated with the Ooni of Ife, HRH Oba Adeyeye Ogunwusi on the occasion of his 45th birthday anniversary.

In a statement by the governor’s Chief Press Secretary, Mr Muhammed Onogwu in Lokoja, Bello also felicitated with the Government and the people of Osun State.

Bello described the Ooni as a true royalty,  who has since his coronation brought great value to the traditional institution.

He noted that the Royal father was a frontier for peace and harmony in the country who had preached and practised peaceful coexistence among all ethnics.

The governor noted that Oba Adeyeye’s unbiased and unperturbed leadership has clearly shown that young people had the capacity to lead rightly in whatever sphere when provided with such opportunity.

The governor prayed for more wisdom and good health that would enable the Imperial Majesty and the Ile- Ife traditional ruler, to continue to discharge his responsibility and longer years on the throne of his ancestors.