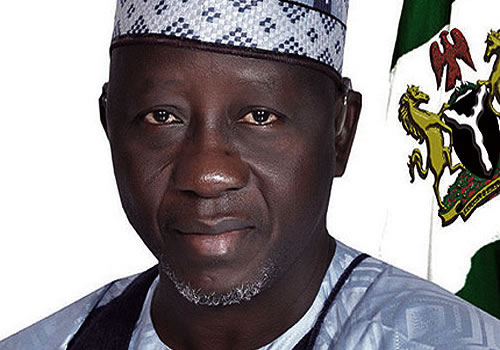 GOVERNOR Umaru Al-Makura of Nasarawa State on Thursday received the National Sports Festival (NSF) ‘Torch of Unity’ for the 19th edition of the games expected to hold in Federal Capital Territory, Abuja on December 6th, 2018.

Al-Makura received the torch at the Lafia Township stadium from a delegation of the Federal Ministry of Youth and Sports led by the Permanent Secretary of the Ministry.

the Permanent Secretary of the Federal Ministry of Youth and Sports, Mr Olusade Adeshade was by represented by Hajia Mariam Abdullahi, Director of Network and Social Mobilization in the ministry.

The movement of the Torch of Unity for the festival was flagged off by President Muhammadu Buhari on October 1 at the State House and is expected to go round the country before the festival commences from December 6 to 16, 2018.

Speaking after receiving the torch, Al-Makura represented by Alhaji Ibrahim Okposhi, Permanent Secretary of the ministry said he was thrilled that Nasarawa State is the first State to receive the torch after the flagged of by the President recently.

He assured that Nasarawa State would play a key role in the success of the game by participating and supporting organizers of the festival through all means possible to foster peace and unity among youths in Nigeria.

“We are assuring you that as you are starting with us, you will finish well. We will work hard to promote this event not only by participating but by other means. The federal ministry of sports has thought it wise to begin with us and we appreciate the gesture,” he said.

Al-Makura said once he got news that the movement of the Torch of Unity will commence from Nasarawa State, he immediately directed that proper preparation should be put in place to receive the torch without any hitch so as to promote and endear the festival to residents of the State.

“We assure you that the elimination games, the zonal elimination, we will be there as early as possible. After that, we will camp our athletes properly to prepare them for the main event in Abuja.

“The national sports festival is a very vital tool because apart from encouraging peace, the festival is an avenue for discovering new talents that can make the nation proud in international events,” he said.

Speaking earlier, Mr Patrick Uwagbale, North Central Coordinator, Federal Ministry of Youth and Sports explained that the festival was conceived in 1973 by the military administration of Gen. Yakubu Gowon to foster unity among restless youths after the civil war.

“This torch is special. It symbolizes peace and unity. The festival was conceived after the Nigerian civil war to foster unity among the restless youths. It was called The National Sports Festival where all youths will be gathered, make friends among themselves and establish a good relationship,” he said.

Uwagbale explained that the biennial festival has been hosted by States since inception till 2012 when there was a break after it was hosted by Lagos.

“That was the 18th edition. The 19th edition is coming in 2018, six years after. This time it will be hosted by FCT Abuja. That is from the 6th to the 16th of December. States are warming up for it. It is our nation’s olympic day.

“States are dreaming about it especially because of the break it had. The flag off of the movement of the torch of unity was done by the president on the 1st of October. After the flag off, the first State to have it is Nasarawa State,” he said.