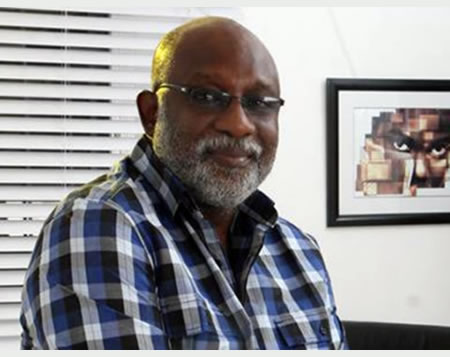 Governor Rotimi Akeredolu of Ondo State on Friday threatened to deal with healthcare workers indulging in sharp practices in the State Primary Healthcare Development Board.

Akeredolu issued the threat at Idanre Local Government Area of the state while flagging off the 2018 Measles Vaccination Campaign (MVC).

“I have set up a panel of inquiry to fish out some elements in the Primary Health Care Development Board engaging in sharp practices.

“Those that refuse to dispense drugs given to them and other means of corruption will not be spared.

“This money is from our partners that must be spent accordingly and those caught culpable will be exposed.

“No amount of protests will stop us to dismiss them when caught,” he said.

The governor charged the board workers, to be honest, and transparent, saying that they should strive to do more.

According to him, the state has done very well in immunisation and other healthcare delivery.

He said the state was among those that topped national encouraging immunisation chart.

“The former governor piloted a lot of ideas and policies in the sector and we have determined to build on his work.

“We are targeting above 90 per cent in primary health care, though we are doing well, we can still do better,” he said.

He, therefore, urged parents and guardians to cooperate with the government to reduce causes of high mortality in children through immunisation.

Earlier, Dr Wahab Adegbenro, the state Commissioner for Health, said that measles had killed 800,000 children in the world.

Adegbenro said that measles also blind children as well as cause deafness and brain damage.

“The life-long agony that parents bear seeing their children or wards have these permanent complications of measles is better imagined,” he said.

The commissioner noted that the government was highly committed to reducing childhood morbidity and mortality.

He thanked the governor and his wife for releasing N16.7 million of the counterpart funds for this year’s measles immunisation and various healthcare programmes for children, respectively.

However, the commissioner commended the doggedness of primary healthcare workers and health partners in the implementation of the measles vaccination.

Many mothers no longer have time for their children —Oyenuga